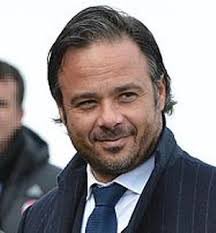 The Isernia Court admitted defaulting women wear producer Ittierre spa to  a composition with creditors procedure and declared Mr. Antonio Rosati winner of the auction who had to identify the new investor able to pay back creditors.

Rosati is well known in Italy for being a former chairman of Varese soccer team and former vice chairman of Genoa soccer team, but he also controls Hdc (Holding del Conte), a group with interests in many sectors from publishing to real estate, logistics, mechanics and fashion (it already owns Lorenzo Riva fashion brand).

Rosati’s offert beated other three binding offers i (see a previous post of BeBeez): one by gruppo Compagna Mercantile, a wholesale distributor based in Mirano (Venice); another by Italian investment company Ikf and a third by Gruppo Colella, a conglomerate with various interests from real estate to mineral waters.

Rosati will invesdt between 18 to 21 million euros in Ittierre, of which 3.5 millions will be the price for leasing the business unit, other 3.5 millions for buying the whole Ittierre’s stock and the rest for relaunching Ittierre’s activity. Rosati said he will absorbe just 50 out of 700 Ittierre’s workers. The deal will be conducted through a newco called  OTI (Officine tessili italiane).

The last work of the long saga will be told by Ittierre’s creditors in their meeting next May 23rd. Board member Lucio Di Gaetano told a tv local station some days ago that he is positive about creditors’ decision and that “Rosati’s proposal will pay them back as much ar 20 pct of their exposure. Which is actually a lot with respect to the sector average, especially if you think that this is company with headquarter in Southern Italy”.