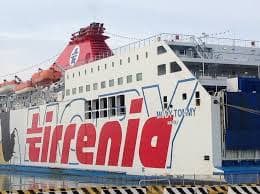 Och-Ziff is said to be advised by Bluebell Partners and aiming at structuring a 100 million euros financement to allow Mr. Onorato to buyback control of Moby and acquire control of Tirrenia. Och-Ziff Oaktree, Palladio Finanziaria, Apollo Management and Elliott were said to be on the deal too before Och-Ziff entered exlusive tallks.

As for a deal signed last January, Mr. Onorato, who is advised by Unicredit and Italy’s adivisory and investment company Venice Shipping&Logistic, has time till next July 31rd to buy Clessidra fund’s 35% stake in Tirrenia (valued about 30 million euros) and 32% stake in Moby (valued about 50 millions).

At the same time Mr. Onorato will buy minorities in Tirrenia’s capital: GIP, led by ceo Luigi Negri, will cash in 10-12 million euros for its 15% stake, while  Shipping Investment led by Francesco Izzo  will receive about 8 millions for its 10%. The whole deal is then valued about 100 million euros.

Tirrenia was privatized in 2012 and was sold for a 380 million euros price to a consortium made by Moby, Clessidra, GIP and Shipping investment. The consortium was financed by a pool of banks led by Unicredit and Banca Imi (Intesa Sanpaolo group).  Back then Clessidra fund owned a 32% stake in Moby already and Onorato and Clessidra’s plan was to merge activies of the two ferry operators.

However in September 2013 Italy’s Antitrust Authority stated that activies of the two companies should remain separated. That meant that the deal would have led to no sinergy. Since then, the relationship between Mr. Onorato and Clessidra fund’s management team started to deteriorate.

Och-Ziff Capital Management disclosed data about returns and assets for the first-time ever one month ago in its credit business segment, led by James Levin as the head of global credit (see the press release and Reuters here). The 47.5 billion dollars hedge fund said it managed 10.3 billions in its dedicated credit funds at the end of 2014. That marks a 49% increase in assets for the portfolios that are stocked with distressed corporate, structured and private debt from around the world. Och-Ziff also has 7 billion dollars of credit investments in its multi-strategy funds.