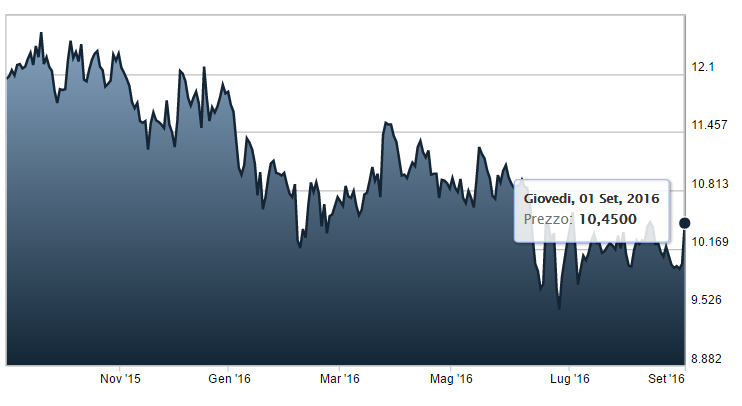 French oil giant Total and Italy’s oil and renewable energy group Erg appointed Rotschild (Total) and Hsbc (Erg) as their financial advisors in a sale process of their joint-venture TotalErg owner of one of Italy’s biggest petrol station networks (2600 stations with am 11% market share), Reuters wrote, adding that the auction is starting in the next few days.

The deal was anticipated in a way last May by Erg’s ceo  Luca Bettonte, who said that “In 2015 the joint-venture had performed very well but it is no more our core business. However we would like the jv to grow in value and we might not exclude to exit the investment” (see here an article by MF Milano Finanza).

The business has already drawn interest from private equity funds, Reuters wrote, as they see scope for growth on the service side, especially catering. It could also appeal to industry players that want a bigger footprint in Italy. Erg’s stock gained 4.5% to 10.45 euros yesterday at the Milan Stock Exchange.