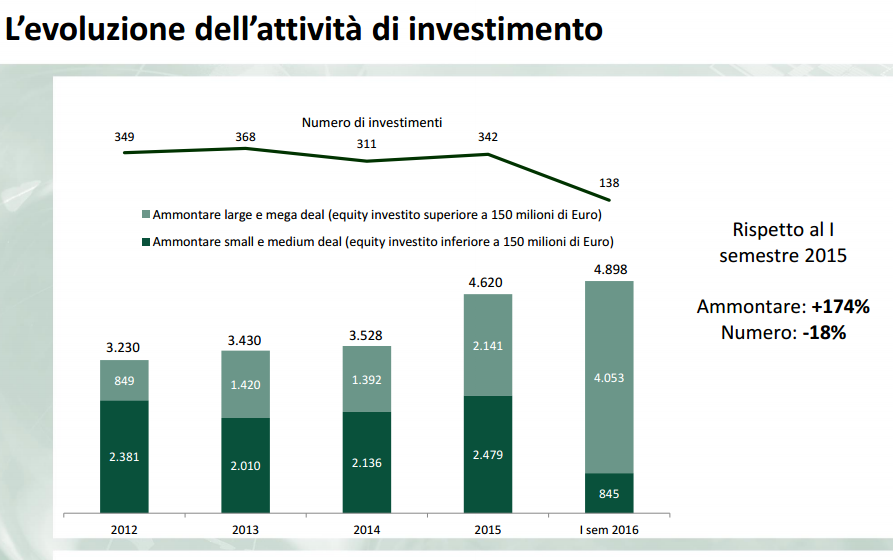 Eleven big deals (ranging from 150 million euros in equity investment or over) have been ruling the Italian private equity market in Italy in H1 2016 as those deals topped a total of 4.05 billion euros together out of 4.9 billion euros for the entire market.

As for  size of the target companies, businesses below 50 million euros in revenues still prevail as they count for a 70% in the number of closed deals (138).  Ict sector is the most represented with 27 deals (or 19%), industrial goods and services (17%) and manufacturing (14%) follow. The most tageted companies are always based in Northern Italy (103 delas or 79%).

Coming back to the 4.9 billion euros figure, this is a good sign anyway as it is a record for activity in a semester in Italy and compares with 4.62 billion euros investedby private equity funds in the whole 2015 (or just 1.8 billion euros in H1 2015) . That’s why  Francesco Giordano, a partner at PwC Transaction Services. said that “Italy was able to attract significant investments from many international players who are always quite interested in the Italian entrepreneurs’ business model”. 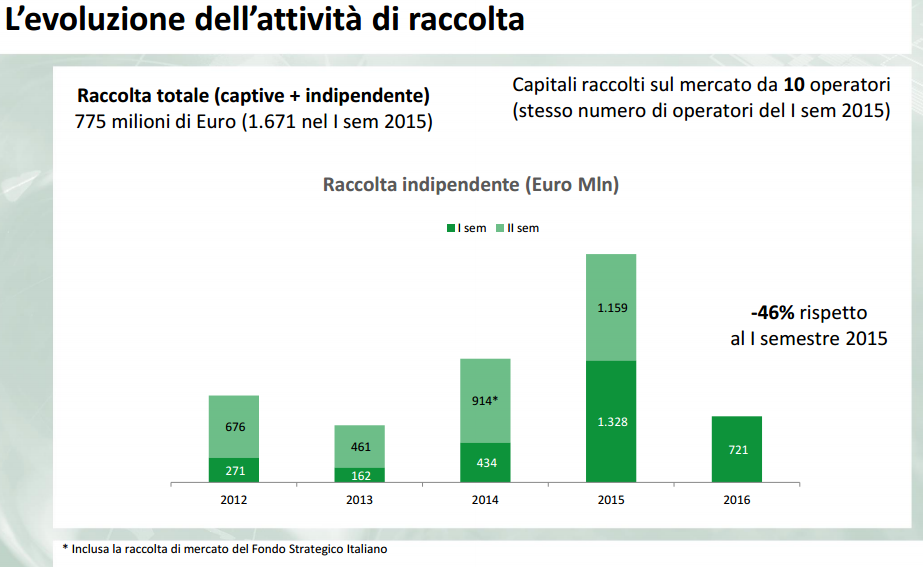 As far as the sources of capital, the Italian domestic fundraising is still prevailing with 388 million euros (or 54%). Funds of funds and family offices have been the major source of capital (63%), while insurance companie and pension funds are still lagging behind.