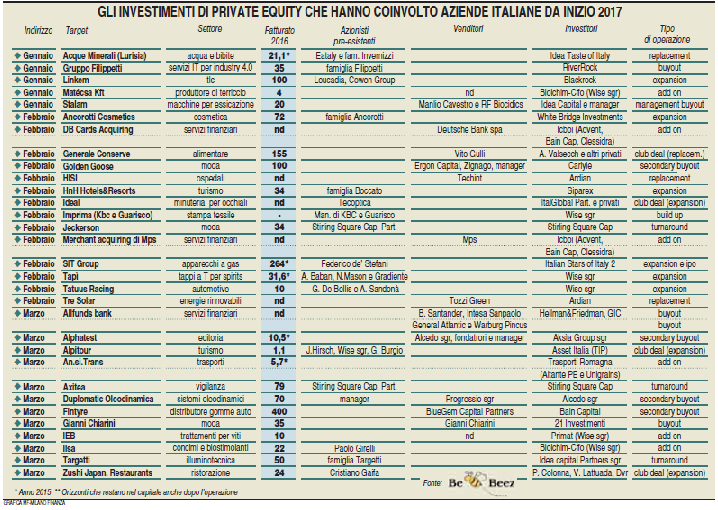 This year is then in line with year 2016 with last year’s aggregate figures that are going to be presented this morning by the Italian Association for Private Equity, Venture Capital and Private Debt (Aifi).

In H1 2016 Aifi calculated 4,9 billion euros in equity investmetns by private equity funds in Italy and  138 deals, after 4.62 billion euros invested in the whole year 2015 and 342 deals, while divestments value was 1.5 billions (see here a previous post by BeBeez).