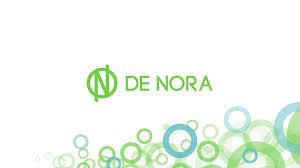 Blackstone Tactical Opportunities funds have agreed to buy a 35% stake in Italy’s De Nora, the leading global designer, manufacturer and supplier of electrode and water technology.  Closing is expected in a few months. De Nora has been supported by Lazard in the deal while Blackstone has been supported by Mediobanca and Deutsche Bank (see here the press release).

Andrea Valeri, Blackstone Tactical Opportunities’ senior managing director, is managing the deal. Blackstone will buy its stake from Federico and Michele De Nora, representatives of the De Nora family who founded the company in Milan in 1923. A value for the deal has not been disclosed but in the last few months it was said to be around 900 million euros.

Actually De Nora, led by  ceo Paolo Dellachà, has been studying its listing on the Italian Stocl Exchange  since the end of 2015 amd was mulling to list last Summer. However the Brexit vote stopped the project which was examinated againd last Autum before the shareholders decided to choose a different way  (see here a previous post by BeBeez). The ipo project however is said to still be here, just postponed for a while.

However it is not strictly correct to  use chemical industry multiples for De Nora as the compny does not produce chemical products while it provides specific technologies to chemical giants, for example technologies for the water treatment.

Some months ago Dealreporter compared De Nora with US listed companies Ecolab and Xylem, with Spanish group Fluidra and multinational Pentair, all active in the industrial water treatment being valued 14-18x their ebitda. British companies Bodycote, Vesuvius and Oerlikon, providing instead electrode technologies were valued just 8x ebitda. so an average multiple was 11.88x.