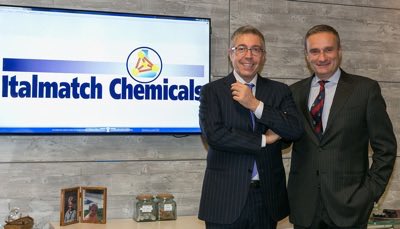 Italmatch Chemicals, an Italian leading global chemicals group that specializes in the manufacture and marketing of performance additives for lubricants, water treatment and oil & plastics, controlled by Ardian private equity firm, announced it has been issued a new financing package to support new investments and refinance the existing debt (see here the press release).

Senior arranger and global coordinator for the deal was BnpParibas, while Crédit Agricole, Mediobanca and UniCredit were bookrunners and Interbanca and Société Générale were arrangers.

Italmatch Chemicals was supported by Studio Gattai, Minoli, Agostinelli & Partners, dallo Studio Giovannelli & Associati law firm as for legal matters and by Studio CBA as for fiscal issues. The banks were instead advised by Linklaters.

Thanks to this deal Italmatch Chemicals will keep on following its growth plan which consists both in acquisitions and in strenghtening its producing lines. More in detail, the group will invest  in enlarging its water treatment and lubricants business lines and in a stronger presence on the US and Asian markets.

BeBeez was told that thanks to new financing the group will be able to finalize three acquisitions actually under way, of which one in Europe, a big one in China and another big one in Usa. After those acquisitions  Italmatch Chemicals might be able to reach 500 million euros in revenues.