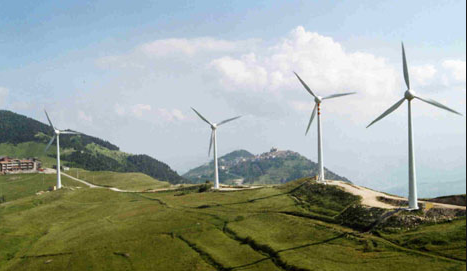 The seller was assisted in the selection of investors and in negotiations by Dream Capital Partners, while legal advisory was provided, on the sell-side, by Gianni, Origoni, Grippo, Cappelli & Partners, and on the buy-side, by Norton Rose Fulbright.

The sale transaction was realized through the acquisition of Meltemi Energia srl, the special-purpose company that formally developed the project, fully owned by Asja Ambiente Italia. The value of the deal was not disclosed but last transaction on the Italian market saw a value of about 1.25 millions per Mw, which means that the Matera II wind farm might have been valued about 37 million euros ( see here a press release by the Italian Association of eolic energy companies, Anev and ua press release by Edison and F2i sgr about a 153 Mw portfolio plants acquisition).

Matera II windfarm is located in the municipality of Le Reni (Matera, Basilicata, Italy) and it has been operating since 2015. It features nine Vestas V117 wind turbines, with a nominal power rating of 3.3 MW each. At the time, it was the first wind energy project in Italy to employ this kind of aerogenerators. Since its connection to the grid, the wind farm has generated more than 140 GWh of green energy, about the same amount consumed by more than 200,000 people in a year.

Founded and chaired by Agostino Re Rebaudengo and led by ceo Alessandro Casale, Asja Ambiente Italia issued a 12 milion euros minibond in March 2015 maturing in October 2023 and paying a 6.75% coupon, which was listed on the ExtraMot Pro market managed by Borsa Italiana and totally subscribed by Anthilia Bond Impresa Territorio fund, managed by Anthilia Capital Parnters sgr, and by Banca Popolare di Bari.