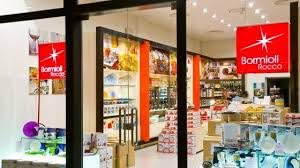 Vision Capital was supported in the deal by Rothschld and Linklaters law firm. Triton was advised by Labruna e Associati law firm, while Bormioli Luigi was supported by Kpmg and R&P law firm.

In the last few months Chinese conglomerate Deliglass, Germany’s Gerresheimer and Italy’s gruppo Zignano Vetro were said to be studying the dossier (see here a previous post by BeBeez).

More in detail, Triton Capital and Bormioli Luigi had put forward a unique offer for the whole Bormioli Rocco capital, however the agreement is that before the closing date Bormioli Rocco will create to newcos, each owning a business division of the company that are the glass pharmaceutic division and the glass tableware division. As for the debt, that will be totally reimburesd by Bormioli Rocco Holdings.

Triton Capital will then buy the pharma division and is said to be willing to finance the deal by issuing a new bond. On the contrary Bormioli Luigi is going to buy the tableware division and financing the deal using its own cash. Bormioli Rocco’s table ware division was originated by the one the company had bought in 1991 from  Fidenza Vetraria which was then owned by Paf a holding company controlled by financier Gianni Varasi. Bormioli Luigi was founded in 1946 by Mr. Luigi Bormioli, the heir of a different branch of the Bormioli family and since then the company specialized in perfurmery glass. Bormioli Luigi reached 250 million euros in revenues in 2016 with an ebitda of about 35 millions.

Borimioli Rocco instead reache 450 million euros in reveneus last year, with the two business division that each producing half of the total revenues. The group reached a 70-75 million euros ebitda, with the pharma division producing about 50 millions of that figure. The company had closed FY 2015 with 451.9 million euros revenues, and 52.3 million euros of ebitda. As for 2017 revenues are seeing to go up just by a single digit.

Vision Capital had bought out a 94,1% stake in Bormioli Rocco in 2011 from Banco Popolare and financed the deal issuing a 250 million euros high yield bond paying a 10% coupon and maturing in August 2018 (with a call option from August 16th 2017) and a B3 rating by Moody’s and a B rating by S&P’s. That bond yesterday afternoon was quoting at a 101.4 price or a 8.5% yield. The bond is going to be repaid at the closing date of the deal which is said to happen by the end of the year, MF Milano Finanza writes today.