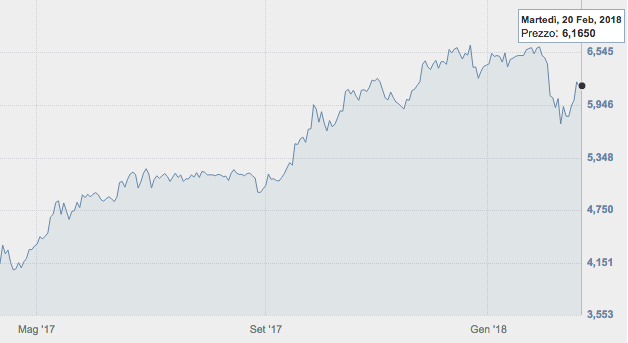 Private equity firms make again the headlines in the week ending Feb 22nd, with exits, fundraising and negotiations. Private equity firm Centerbridge hired Deutsche Bank, Mediobanca, and Morgan Stanley as joint bookrunners to sell 8.8% of shares of Milan listed Farmafactoring (BFF), an Italian financial services company, through an accelerated bookbuilding (abb) procedure (see here a previous post by BeBeez). Centerbridge currently owns 55.8% of BFF. Rothschild and Linklaters are respectively providing financial and legal advisory. BFF may cash in 90 million of euros out of this transaction. The company raised 250 million of euros when it launched an IPO, after which Centerbridge stake was of 55.8% (from a pre-listing holding of 94.2%). In 2015, the company paid a dividend of 65 million of euros to the private equity firm. BFF Luxembourg, the SPV through wich Centerbridge controls BFF, will not sell further shares for 90 days after the closing of this abb procedure unless joint bookrunner gave their consent. Deutsche Bank, Mediobanca, and Morgan Stanley also acted as joint global coordinator for launching BFF’s IPO in April 2017. The banks gave up their 360 days lock-up commitment due to expire this year in April. BFF IPO price was of 4.7 euros per share. On February the 21st, Wednesday, BFF share price was of 6.165 euro, for a total market capitalization of 1.057 billion of euros.

Renato Ravanelli, chief executive officer of Italian infrastructures investor F2i sgr, said that the fund upgraded its fundraising target to 3.6 billion of euros from previous expectations of 3.3 billion of euros (see here a previous post by BeBeez). “We may manage to raise 4 billion of euros, but we’d rather keep a balance between our portfolio and fresh resources. Anyway, we are very pleased with the feedback that we’re receiving from international and domestic investors”, said the ceo. Last year in December, Italian and foreign LPs that supported the first fund, decided to provide again resources worth 1.74 billion of euros. Domestic and international pension and sovereign funds, insurance companies and asset management firms invested further 1.4 billion of euros. Unicredit sold its shares in F2i to Ardian and obtained a capital gain of 100 million of euros. F2i recently announced to have submitted an offer for Persidera, an Italian provider of services for digital TV, jointly with RaiWay. Shareholders of the target are Telecom Italia (70%) and gruppo Gedi (30%). Ravanelli said that, according to the terms of the bid, F2i and Raiway would respectively buy Persidera’s frequency rights and network infrastructure. Both the buyers will contextually subscribe a long-term agreement for the supply of broadcasting services”. Market rumours say that F2i and Raiway made an offer of 200 million of euros despite the vendors set a price of 350 million of euros (see here a previous post by BeBeez). Ravanelli did not comment about the asset’s price but explained that “the bid [of F2i and Raiway] includes earn-out figures and further bonuses that may match vendors expectations. This transaction has a value lower than our usual standards, but it would allow F2i to set a footprint in a sector that is going towards a wave of consolidation in Italy and in Europe”. Bebeez quoted press reports saying that on February the 15th, Thursday,  EiTowers and Discovery failed to table a binding bid for Persidera, even though market speculations said that they were interested in the asset. This sale is a priority for French listed TMT giant Vivendi, the major shareholder of Telecom. Infact, the European competition authority set it as a condition for allowing the French blue chip to raise its holding in Telecom Italia. Paolo Ballerani is the ceo of Persidera which posted revenues of 80.8 million of euros in 2016, while the ebitda  and net financial debt were respectively of 46.2 million and of 48.8 million of euros. Earlier this month, a report of Mediobanca about the TMT sector said that the company’s enterprise value is of 375 million of euros. Ravanelli also reiterated that he’s willing to discuss the acquisition of the stake that Milan municipality owns in Sea, the airports’ management firm, which is reportedly worth 1 billion of euros. (

Eos Investment Management acquired a 70% stake in Atex, an Italian manufacturer of advanced fabric (see here a previous post by BeBeez). Max Castellani, Luca and Mario Di Benedetto will keep 30% of the asset. Intesa Sanpaolo financed the transaction and acted as lead arranger, bookrunner and agent. Atex has production plants in USA and Italy and posted revenues of  50 million of euros with a 14% ebitda. Eos will support the organic growth of Atex and its M&A strategy. The private equity firm has recently acquired Eurofiere, a company that projects and builds complex stands for trade fairs, while in November 2016 it purchased Poplast, a packaging company that grace to an add-on buy improved its revenues and profitability by 40% in just one year.

Nasdaq-listed Sun Hydraulics Corporation acquired Italy’s Faster from Swiss private equity Capvis (see here a previous post by BeBeez). The transaction is worth 531 million of US dollars, or more than 14 times the target’s ebitda. SHC will pay 161 million of dollars in cash and 370 million of dollars with a revolving credit line. Faster, born in 1951, is a producer of intermediate items for hydraulic industry. In 2017 the company posted sales of 105 million of euros with a 27.5% adjusted ebitda worth 28,9 million of euros. This year Faster expects to generate growth in sales of up to 16.5% with a profitability margin similar to last year’s. Capvis acquired the company in August 2014 from Argan Capital, which in turn both it from Star Social Responsible Fund. Press reports said that Capvis paid Faster 169 million of euros (8 times the company’s ebitda in 2013) Argan paid instead 135 million of euros for the asset.

HGCapital closed on the 21st of February its residual  public offer Italian internet company Dada spa after having reached 92,101% of the company’s shares in a tender offer last January (see here a previous post by BeBeez). The firm paid 66.72 million of euros. HgCapital signed last year in November the closing for acquiring 69.432 of Dada at 4 euros per shares or 46.325 million of euros from Orascom, the company that belongs to Egyptian entrepreneur Naguib Sawiris which in turn acquired the asset from Milan-listed media and publishing company Rcs in 2013. Enrico Grasso, Italy’s country manager at Hg Capital, said to BeBeez: “We achieved a relevant experience in the field of B2B internet services. We trust Dada’s ceo and cfo Claudio Corbetta and Lorenzo Lepri to implement a business plan that will make the company grow in Italy and abroad”. Last year Dada posted sales of 68 million of euros (63.7 million in 2016), an ebit of 5.5 million (4 million), net profits of 1.5 million (0.2 million) and financial debts of 24 million (29,5 million). HgCapital focus is on tech investments The firm owns a minority of Italian B2B software house Teamsystem, of which it sold the  majority to financial investor Hellman&Friedman in 2015. Further portfolio companies include the majority of Eidos Media and of Mobyt (delisted in August 2016).

Ibla Capital srl, a Rome-based turnaround investor, acquired the majority of Presotto Industrie Mobili spa, a bespoke Italian furniture company (see here a previous post by BeBeez). The company’s founder Luciano Biscontin will keep a minority of the business and the role of onorary chairman. The company is based in the NorthEastern Italian region of Friuli, has 130 employers and revenues of  above 16 million of euros. Presotto generates 40% of its sales abroad. However the company’s ebitda is negative for 300,000 euros, while net debt is of 11.85 million of euros. Alessandro Lo Savio, head of Ibla Capital, said that once completed the company’s restructuring, the firm will carry on acqusitions in view of creating a luxury furniture firm.