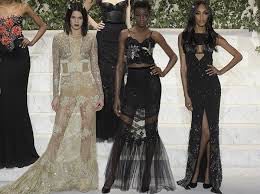 After exclusive talks with Chinese conglomerate Fosun expired without any deal, yesterday La Perla announced that it will be acquired by Sapinda Holding, an investment vehicle controlled by German financier Lars Windhorst, which is going to buy 100% of La Perla Global Management (UK) Limited, the parent holding of the Italian group which is a world leader in the high-end lingerie sector.

Founded in 1954 by Ada Masotti, La Perla counts today 150 shops and flagships stores areound the world, with its headquarter in London and more than 1500 employees.

La Perla has been controlled in the last 4 years by Italian entrepreneur Silvio Scaglia, through his investment vehicle Pacific Global Management. “Silvio Scaglia and his team made an excellent job in developing La Perla’s activity in a sector which is showing an enormous growth potential. We are ready to invest again and put the financial position of the company in a better shape while keeping on helping the company to grow”, Mr. Windhorst said.

La Perla has been led and controlled by its founder’s son, Alberto Masotti, until October 2008, when it was sold to US private equity firm JH Partners. The group however faced a financial crisis and was bought at an auction managed by the Bologna Bankrupcty Court in 2013 by Mr. Scaglia for 69 million euros. Mr. Scaglia has since been investing a total of 350 million euros in order to relaunch the company which has now reach about 150 million euros in revenues but is still losing money, about 80-100 million euros.

In an interview last August to Corriere della Sera Mr. Scaglia said rumors about a possible sale of La perla were not true, adding that economic results “were coming. The breakeven point is seen when revenues will reach 220 million euros, which will happen in about two years’ time. At the moment La perla is still loosing money for some tens million euros  due to huge investments but growth potential is enormous. This market niche is not manned by the big luxury and fashion ppayers”.

Mr. Scaglia’s choice to sell the company to Mr. Windhorst is subject to strong criticis as the German financier has no good fame on the market. As Financial Times  wrote, Mr. Windhorst presided over several company insolvencies, a personal bankruptcy and received a suspended jail sentence in 2009. He then reformed his business around holding company Sapinda, which has invested in various public and private companies. In the last two years
Mr Windhorst has been engaged in legal battles involving at least 220 million euros with several investors  mostly centred around bonds sold out of investment vehicle Sapinda Invest, FT reported. Among Sapinda Invest’s nvestors are said to be big names such as Fidelity, but also Italy’s insurance group Generali, which is said to have reached an agreement with Sapida in January 2017 in order a reimbursement of a bond for about 25 million euros  (see here Law360). Finally it has to said that Deloitte resigned as the auditor for this Luxembourg vehicle last year, alleging that one of the fund’s custodians provided it with letters that contained “deliberately false” information about its financial position, FT added.