Italy’s angels&incubators and venture capital weekly roundup. News from EIF and Cdp and from Invitalia Ventures 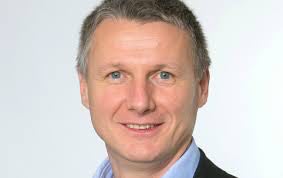 Also this week the Italian angels & incubators, as well as VC firms, attracted the interest of international investors and had seen interesting market moves.

European Investment Fund (EIF) and Cassa Depositi e Prestiti (CDP) the financial arm of Italian Government committed for invest 40 million of euros in a venture capital fund that financial investor Sofinnova Partners launched and for which appointed Italian biomedical charity Telethon as investment advisor (see here a previous post by BeBeez). The firm will focus on Italian biotech startups that develop therapies and drugs for healing rare genetic diseases. This investment will come from ITATech, a portfolio of 200 million euros that CDP and EIF devoted to Italian early stage med-tech projects. Sofinnova-Telethon fund, which will start its activity by the end of 2018, also received a commitment of 10 million euros from the European Investment Bank (EIB) and is now raising other capital from private investors for reaching a 75-100 million euros target in view of investing in 15-20 startup projects. The announcement received some critics in Italy as the Italian Government supported a French asset manager rather than a domestic one. The Italian Treasury Minister Pier Carlo Padoan explained that ITATech would support any domestic or foreign asset manager as long as it invests in Italian companies and projects. In September 2017 ITATech closed its first investment in Vertis Venture 3 Technology Transfer fund, which aims to invest more than 50 million of euros in startups active in automation and robotics sectors. Graziano Seghezzi is Sofinnova’s managing partner in Italy and two years ago founded with Silvano Spinelli and Gabriella Camboni the biotech accelerator BiovelocITA. Spinelli and Camboni previously founded Novuspharma and EOS, a company that Clovis Oncology acquired in 2013 for 470 million of dollars. Sofinnova Partners invested in both assets.

Sergio Buonanno is the new chief executive officer of Invitalia Ventures, which belongs to Gruppo Invitalia, the manager of Italia Venture I (see here a previous post by BeBeez) . Buonanno inherits this role from Salvo Mizzi, that last year resigned as he became a general partner of Principia. Buonanno has a ten-year experience in the role of investment manager in several financial firms. Between 2007 and 2010 he has been MD of AlAdInn Ventures, a regional fund that belongs to Friulia. Up to 2017, he has been MD of IDeA Efficienza Energetica and of Sviluppo Sostenibile, a growth capital firm of DeA Capital Alternative Funds sgr.