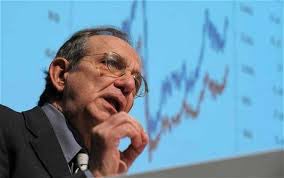 Here is the roundup of Italian deals for NPLs and private debt announced and reported between the 22nd and the 28th of February.

Pier Carlo Padoan, the Italian Ministry of Economy and Finance, approved the sale of the NPLs of  Veneto Banca and of Banca Popolare di Vicenza to Società per la Gestione di Attività (Sga).  The total amount of gross NPLs is of 16.8 billion of euros, 9 billion of them are unlikely-to-pay and Sga will not handle them. Enrico Marchi, the chairman of Banca Finint, said last year that he was interested in working on this portfolio as a servicing company (see here a previous post by BeBeez). The value Italian NPLs that will be up for sale during 2018 is of 71.75 billion of euros. Meanwhile, the disposal procedures that officially started involve NPLs worth 968 million of euros. MPS will securitize 26.11 billion of euros. Banca Popolare di Vicenza and Veneto Banca (Veneto Banks) may do the same for NPLs worth 16.8 billion of euros. Bebeez  elaborated a more detailed list of NPLs transactions (see here a previous post by BeBeez).

The online marketplace for the judiciary auctions of the Italian Ministry of Justice for real estate assets started its activity and will publish in this portal all the necessary information about these sales. The homogeneous management of the disposal of more than 230,000 real estate assets is crucial for handling NPLs in Italy, according to Associazione TSEI, which groups Italian investors in assets to buy through judiciary auctions. However, the procedure for this marketplace has yet to improve as there are not clear indications about the kinds of auctions to launch, the criteria to appoint an auctioneer, the fees to pay and to whom to charge them (see here a previous post by BeBeez).

Lindorff-Intrum Justitia (LIJ) will enter into exclusive negotiations due to last up to March the 31st  with Intesa Sanpaolo for buying the bank’s servicing platform for NPLs. A newco that will be active in the field of credit recovery and Real Estate will buy the asset in partnership with an industrial peer (see here a previous post by BeBeez). The vendors favoured the bid of Lindorff-Intrum Iustitia over the one of China’s CEFC, which appointed London boutique Negentropy Capital as financial advisor. Lindorff-Intrum Justitia may involve a co-investor for buying 51% of the asset for almost 500 million of euros. Mediobanca and Goldman Sachs are providing financial advisory to LIJ, which appointed Rcc, Orrick and Chiomenti for legal counsel. For financing such a transaction, LIJ may raise a syndicated senior financing and a mezzanine debt. Leverage could be worth around 60% of the transaction value.

CAAR (Consulting Automotive Aerospace Railway), an Italian engineering company active in the fields of automotive, aerospace, and railway, listed two bonds on ExtraMot Pro a segment of Italian stock Borsa Italiana (see here a previous post by BeBeez). Both issuances will mature  in February 2024: one is of 1.7 million of euros with a 5.25% coupon, another is of 300,000 euros and a 4.75% coupon. Banca Valsabbina subscribed the bonds and backed by Fei “InnovFin Sme Guarantee Facility”. CAAR has been the first Italian SME to issue a minibond in July 2013 for 3 million of euros and a 6.5% coupon which is due to mature this year in July. The proceeds of this issuance financed the set up of CAAR-MD Simulation srl., MD-CAAR Automation srl and of CAAR do Brazil Ltda. The proceeds of these last issuances will finance CAAR M&A, and organic growth, the creation of a German branch and further hires in Serbia at CAAR Beograd D.O.O. In 2016, CAAR posted sales of 9.37 million of euros, an ebitda of 980,000 euros, and net financial debt of 4.2 million of euros. The company belongs to Francesco Ellena (60%), Ba.Co. Manutenzioni (30%), AMGP srl (5%), and KGR Elettronica srl (5%).