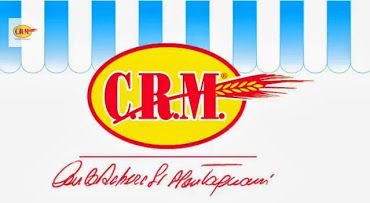 Some interesting alliances and deals were announced in the week ending on March 14th in the private debt and distressed credit and NPLs sector.

Equita Private Debt fund supported Italian financial sponsor Aksìa Group for acquiring CRM, an Italian producer of wrap bred selling its products with its own brand or with white label agreements with supermarket chains (see here a previous post by BeBeez).  Aksìa and EPD respectively acquired 94% and 6% of CRM from the Montagnani family, which will also leave the company’s management with Aksia. The firms financed the transaction with the issuance of a junior payment-in-kind (PIK) bond, which pays interest in additional bonds rather than in cash and that was subscribed by the Equita fund. Equita Private Debt fund invested a total of 7 million of euros in  equity and quasi-equity instruments. While the total equity and quasi-equity investment represented the 60% of the target’s enterprise value. Banca Ifis financed with a credit line 40% of the remaining value of the transaction. Last year CRM generated revenues in the region of 20 million with a 4% ebitda margin. CRM will invest the proceeds of such a transaction in the development of production capabilities and eventually in acquisitions in order to double its revenues and increase its export.

Guber, an independent Npl servicer in Italy with about 7.5 billion euros in AuM at the end of December 2017, is now a bank, Guber Banca, after having received a banking license by the European Central Bank (see here a previous post by BeBeez). Guber Banca belongs to Francesco Guarneri and Gianluigi Bertini that own a 66.7% stake and to US asset management firm Varde Partners that in March 2017 paid 47 million for 33.3% of the business. Guber Banca will be a digital bank focused on SMEs financing and investing and managing bad loans and unlikely-to-pay loans while it will carry on its funding through online deposits. Guber will, therefore, be a strong competitor to Spaxs, the Special purpose acquisition company (Spac) that Corrado Passera, a former top manager, banker and Italian Development Ministry, launched together with Andrea Clamer, the former Banca Ifis’ head of NPLs area. Spaxs raised 600 million euros and listed last February on Aim Italia market targeting a small bank in order to transform it into a digital bank, financing SMEs and buying and managing NPLs. However, Guber could turn into a target. According to market rumours, Spaxs is interested in Banco delle Tre Venezie, based in Padua, and in Banca Interprovinciale, a small bank based in Modena in Northern Italy that belongs to a group of Italian entrepreneurs and private investors and in which Cassa di Risparmio di Rimini holds a 9.22% interest. Speaking of Spax, former Monte dei Paschi bank’s cfo, Francesco Mele, who resigned a few days ago is said to have negotiated a primary role in the new Spaxs’s management team (see here a previous post by BeBeez)

Twinset, the Italian fashion company that belongs to The Carlyle Group, issued a Vienna-listed bond worth 170 million euros that will mature in 2025 and has a rating of B2 (Moody’s) and B (S&P’s) with a stable outlook (see here a previous post by BeBeez). Twinset invested the proceeds of this issuance in buying back the most of few bonds worth 150 million due to mature in July 2019, and that the company delisted from Luxembourg stock market on 2 March. The company also received a super senior revolving financing of 30 million with a tenure of 6 years. In 3Q17 Twinset generated sales of 202.3 million (203.6 million in 3Q16), an adjusted ebitda of 43.1 million (41.8 million) and net financial debt of 100.8 million. In 2016 the company generated sales of 245.6 million, an ebitda of 43.7 million and net debt of 89.6 million. Twinset’s liabilities increased as in April 2017 the company acquired with its own cash a 10% stake that was still of Simona Barbieri, the company’s founder and head of designers.