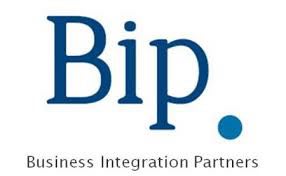 The debt instrument , which has a 7 years maturity an a bullet structure, allows Bip to eventually issue other debts instruments in order to finance future m&a deals.

Bip, a leading Italian strategic advisory company with a special focus on helping companies to develop disruptive technological solutions,  was founded in 2003  and its is now active internationally and counts 1800 employees in Italy, UK, Spain, Turkey, Brazil, Belgium, Switzerland, Usa, Uae, Chile and Colombia. The company reached 114.9 million euros in consolidated revenues in 2016, with 18.6 millions in ebitda and a net financla debt of 6.7 millions (see here an analysis by Leanus, after free registration and login). Consolidated revenues reached 160 millions in 2017 or 180 million euros, taking into consideration that last September the company both an operative branch of Artax Consulting, a sales strategic advisory company (see here a previous post by BeBeez).

This is the third private debt deal in italy for Tikehau Capital, managed in the country by Luca Bucelli. In 2017 Tikehau actually invested in the debt issued by pastreis and bakery ingredients maker Irca and of the textile machines maker Savio. Tikehau last invested also in real estate, buying a stake in the Area12 shopping center in Tourin inside the  Juventus Stadium. As for the Bip deal, Tikehau Capital was supported by Latham & Watkins law firm and by Maisto e Associati as for the fiscal issues.