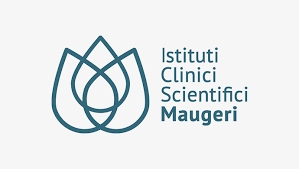 A debt refinancing  and an ipo in 2019 are the last news for Ics Maugeri, the new group born in October 2016 thanks to a rescue and a recap from the ashes of Fondazione Maugeri, the healthcare giant based in Pavia but articulated throughout Italy, which has 19 facilities, 2,250 beds and 3,500 employees (including 650 doctors and researchers), which had been overwhelmed in 2012 by the criminal investigation that had involved ex-top managers of the Foundation and the former governor of Lombardy Roberto Formigoni.

The Foundation recap was made by Trilantic Capital fund investing 55 million euros for a  30% stake while the Foundation was keeping the rest (see here a previous post by BeBeez). Trilantic had actually retained the right to raise its stake till 43% for a maximum total investment of 100 million euros. So now Trilantic owns a 33.7% stake in ICS Maugeri.

As for the refinancing, Il Sole 24 Ore newspaper said that Ics Maugeri signed an agreement with Ing, BancoBpm, Ubi and Banca Popolare di Sondrio lowering the interest rate from 4% to 2.2% and that the refinancing is related to 115 million euros of loans to the Maugeri institutes and 72.6 million euros of loans to the Iaso real estate fund managed by Namira sgr, of which Maugeri is the major subsriber with an 84.1% stake with Trilantic owning the remaining 15.9%. Of those credit lines, a portion (35 million euro for Ics and 20 millions for the Iaso fund) will be dedicated to business growth, including acquisition.

Legal advisor to Ics Maugeri was BonelliErede, while Foglia & partners was the fiscal advisor and Fineurop Soditic the financial advisor. Dentons law firm supported the banks.


The next step for ICS Maugeri group, which todays generates about 300 million euro of revenues and 45 millions of ebitda, might be a listing on the Italian Stock Exchange, maybe next year as this was what already said ICS Maugeri’s chairman Gualtiero Brugger when Trilantic entered the group’s capital in 2016 (see ahere a previous post by BeBeez).