Auction for about 70% of Harmont&Blaine brand starts 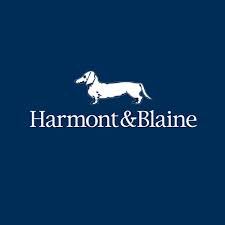 A majority stake of Italy’s luxury casualwear brand Harmont&Blaine spa is on sale, Il Sole 24 Ore wrote, adding that Lazard is the mandated advisor for managing an auction starting in these days.

Clessidra sgr is selling all its interests in the company. The private equity firm which invested in the company in 2014 for a 35% stake (see here a previous post by BeBeez), but that has been piling up stakes till 40% now. As for the founding family Menniti, they are selling just a part of their stake. So the sale might be for a 70% stake in Harmont&Blaine capital.

Mr. Montefusco, the historical stylist of the brand, was appointed ceo in Autumn 2016 after Giulio Guasco (former Procter&Gamble, Fay, Miroglio, Ralph Lauren) had left its role. Mr. Guasco had been appointed ceo of the company by Clessidra in 2014. He is now ceo of Holding Moda, a new investment veichle promoted by Holding Industriale (Hind) which aims at buying eccellent SMEs in the fashion sector in Italy. e