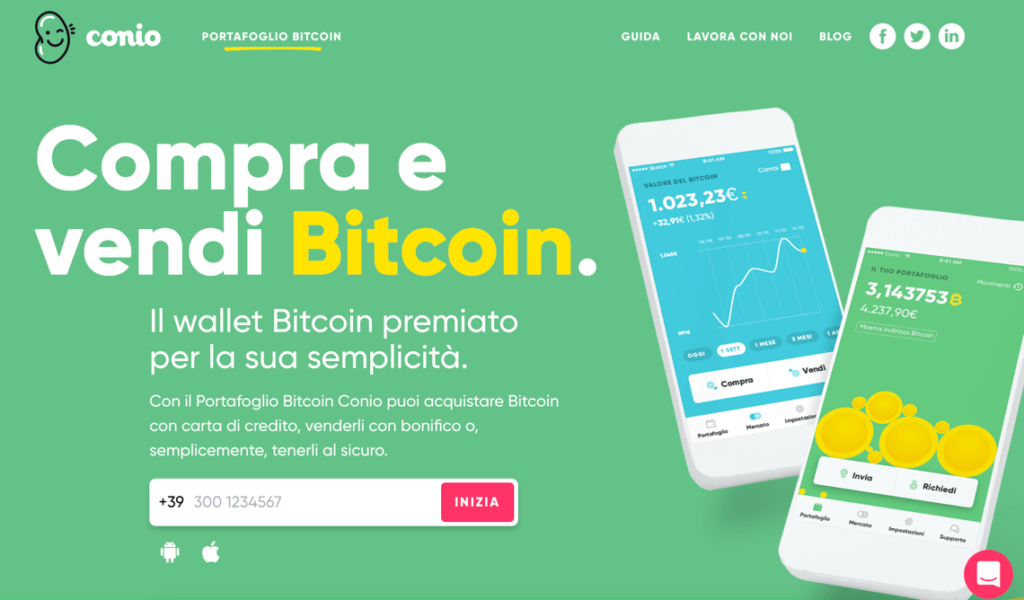 Conio, a fintech startup company providing blockchain services to banks and financial institutions, announced yesterday that it raised 3 million dollars in a new investment round  from a group of strategic investors gathered and coordinated by its advisor Innova et Bella (download here the press release).

The deal was conducted on the basis of valuation of more than 40 million dollars for the company.

Conio was founded in 2015 in San Francisco by Italians  Christian Miccoli (former ceo CheBanca! the innovative retail bank of Gruppo Mediobanca, and former inventor of the successful Ing Direct’s online deposit account Conto Arancio) and by Vincenzo Di Nicola (a young data scientist with a master in computer science at Stanford, ceator of the Gopago technology that he then sold to Amazon).

Poste Italiane had invested 3 million euros in 2016 for a 20% stake in Conio, so this is the copany’s second round. New shareholders are now Banca Finanziaria Internazionale, Fabrick, Boost Heroes, angels from the Italian Angels for Growth network and David Capital  (an investment company founded by  Andrea de Vido, former co-founder of Finanziaria Internazionale) and other investors.

“We closed this funding round for Coinio the same day we opened it, after having raised in the prebooking phase orders for as much as 3.5x the offer”, chairman of Innova et Bella, Francesco Guido Bonetti, said.

Conio offers to financial institutions, banks and insurance companies, integrated solutions for the management of digital assets, from wallets for the management of cryptocurrencies to the integration of blockchain protocols within cards and payment services on smartphones. Conio solutions and wallets are offered in white and private labels and can be perfectly integrated into the financial applications offered by banks to their retail, private and corporate customers. For example, Conio has created the first Italian mobile wallet for the sale of Bitcoin, based on one of the most innovative security technologies at an international level. The Bitcoin Conio Wallet is designed for every type of user and allows you to buy, sell, store, send and receive Bitcoin directly from your smartphone. The “smart wallet” can be accessed through a smartphone app designed and built with the precise aim of simplifying a world that is often too complex for the general public.