F2i and Mediaset launch a takeover bid over Milan-listed Ei Towers at 57 euros per share in a 1.6 bn euros deal 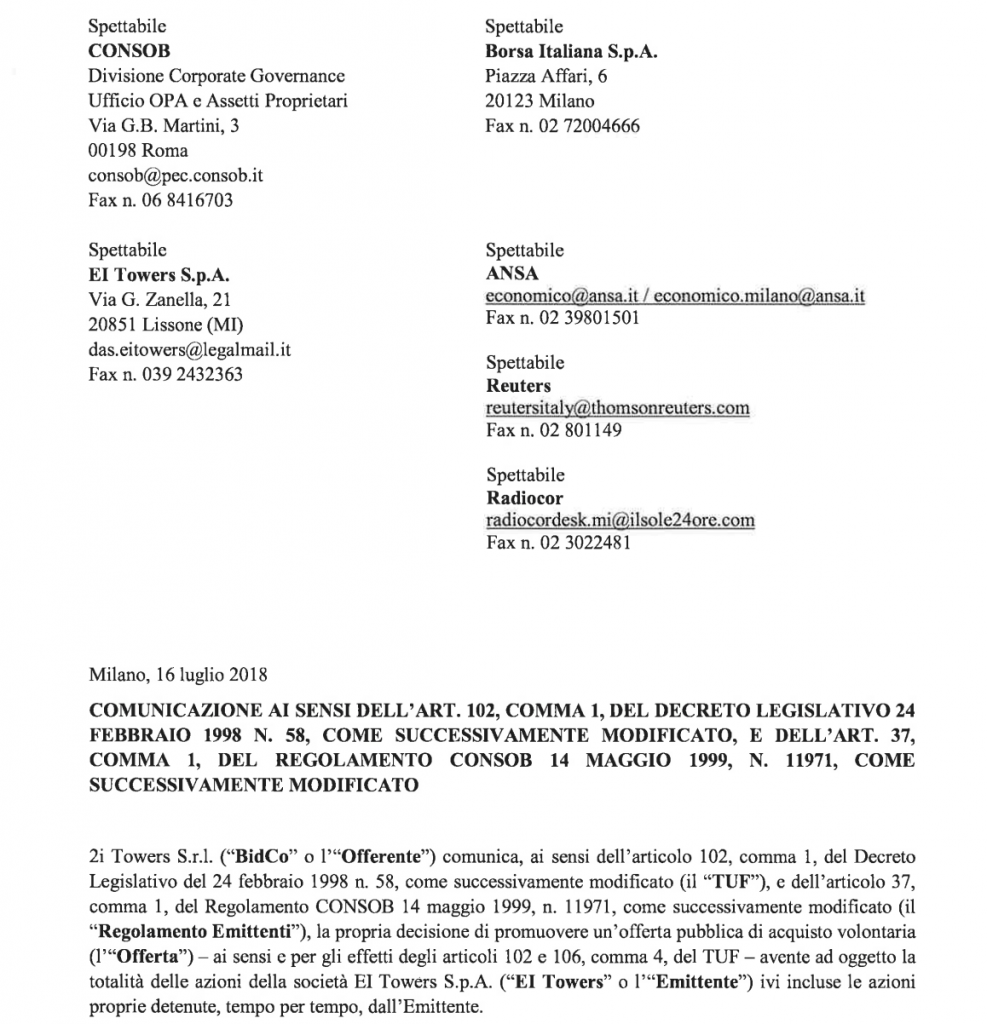 Mediaset and F2i sgr announced yesterday night the launch of a takeover bid on the entire capital of Ei Towers, the Milan-listed company owners of tv broadcasting towers used by Mediaset itself. The bid will be launched at a 57 euros price per share (with a 15.6% premium over the 49.3 euros per share at closing yesterday in Milan) for a total price of 1.61 billion euros which is  over the 1,4 billion euros yesterday’s market capitalization (see here the press release).

The deal will be made by the newco 2i Towers srl, 100% controlled by 2i Towers Holding srl, which in turn is owned by Mediaset with a 40% stake and by  F2i TLC 1 srl for the remaining 60% stake. Mediaset already owns a 40% stake in Ei Towers.

The deal will be financed by a 480 million euros medium-long term facility line issued by  Intesa Sanpaolo, Mediobanca e Unicredit to 2i Towers Holding.

The stated aim of the transaction is to strengthen Ei Towers’ industrial and income prospects, also moving towards “a progressive separation and ownership distinction between companies that hold telecommunications infrastructure assets and companies that supply television content and / or telephone services, which have been dynamic for some time positively launched at international level “.

The group operates in the field of network infrastructures and integrated services for electronic communications and specializes in transmission services for operators in the television sector. The company manages about 3,300 towers, of which 2,300 broadcasting and over one thousand dedicated to mobile tlc.

For some customers, the company also carries out a business with a higher technological content, consisting of the planning, design, construction and management of broadcasting networks, managing even the platforms in full service mode. EI Towers also provides the contribution traffic management service, making use of its satellite and fiber-optic network infrastructures; in fact, the company has a fiber-optic backbone that runs over a distance of over 6,000 kilometers and a satellite infrastructure based on two platforms. 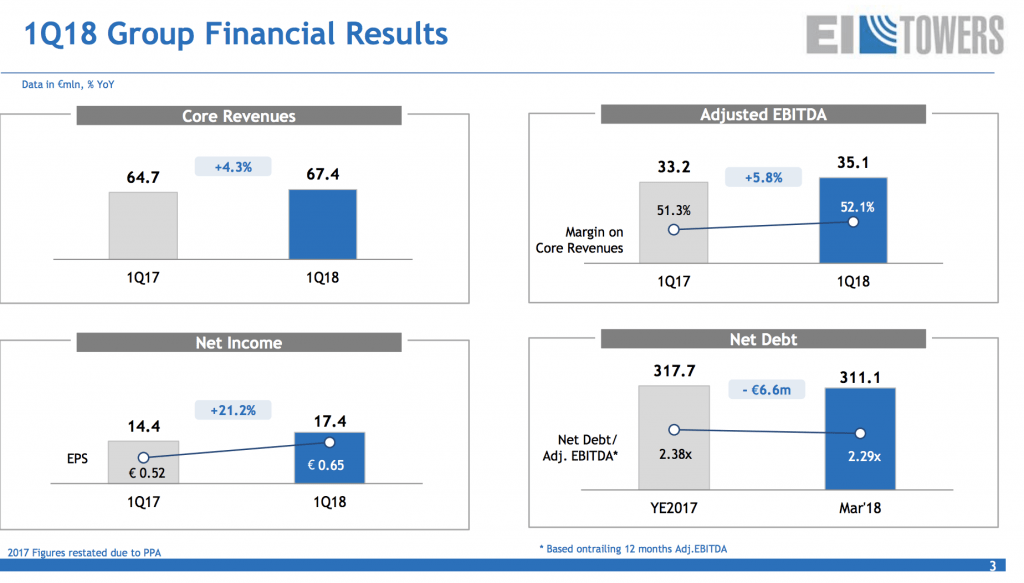 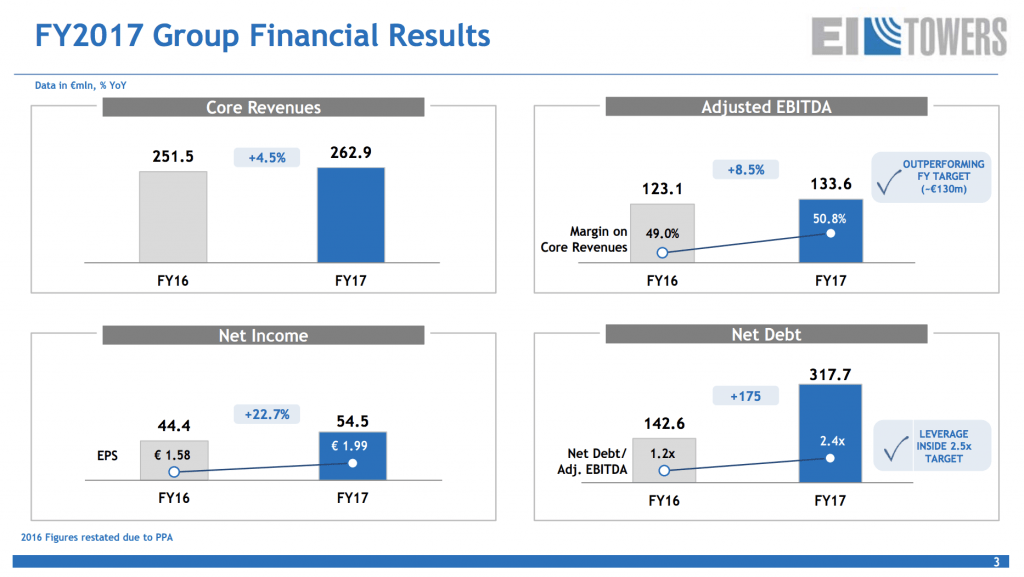