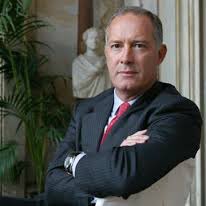 Tages Group announced it has bought a 34% stake in the capital of Vam Investments Group, a private equity firm focused on growth capital and buyout, founded by Marco Piana. At the same time Francesco Trapani,  Tages Holding‘s vicepresident and shareholder since early 2017, will be executive chairman of Vam, while Mr. Piana will remain ceo (see here the press release). Tages and Vam were supported for the deal by Gattai Minoli Agostinelli & Partners and DWF law firms.

Founded in 2011 by Panfilo Tarantelli, Sergio Ascolani and Salvatore Cordaro, Tages group is controlled by Tages Holding and was joined by other shareholders in the last few years:   Umberto Quadrino (chairman of Tages Holding), +Francesco Trapani, Jamie Kermisch and Charlie Porter. While Lorenzo Bini Smaghi is non executive director.

The agreement with Vam gives Tages an option to raise its stake in Vam till 100% by a three years’ time, with Vam’s shareholders Mr. Piana and Giuliano Palazzo, who would become Tages’s shareholders.

Mr. Trapani explained to BeBeez: “As a new Vam’s manager and shareholder I will be investing personally in each private equity deal that Vam will structure, while Tages will be part of the club deal of investors that will be gathered by Vam. As for the size of deals we will be very flexible: they will range from 20-30 million to 200-300 million euros for each deal. This is why we have not stated a specific amount of capital to be deployed on this initiative, we will see deal by deal. Our investment focus will remain Italy with a generalistic approach, without any preferred sector. There will be however an exception as for the so called brand consumer sector, including fashion and luxury. We will look for opportunity in that sector both in Italy and all over Europe”.

Thanks to that deal Vam will be able to scaleup the size of its investments while Tages will be able to enter the private equity sector adding it to its previous three business lines. Till now actually Tages was active 1) in the hedge and seed alternative assets with Tages Capital LLP; 2) in the renewable energies sector  with the Tages Helios fund,  managed by  and having a 208 MW total capacity portofolio on solar plants in Italy; and  3) in non performing exposures sector through Credito Fondiario.

A step into the private equity sector by Tages has been widely expected since Mr. Trapani became a shareholder (see here a previous post by BeBeez). Mr. Trapani had then just left his role as chairman and shareholder of Clessidra sgr and used to be a top manger in  Bulgari and Lvmh.

Morevoer later in 2017 Tages Holding  run in the auction for buying  Quadrivio sgr, a private equity and private debt firm, that was then bought by Green Arrow (see here a previous post by BeBeez).

In the last few months Tages Holding was also studing the launch of a Spac (Special Purpose Acquisition Company)  to approach the private equity sector (see here a previous post by BeBeez). However, Mr. Trapani explained, “the Spac project has been put on hold till next Autumn at least. This is not because the Vam deal is an alernative, but because the italian stock market conditions are not the best now anbd because there are too many SPACs looking for both investors and targets on the market now”.

“The entry of Francesco Trapani into Tages at the beginning of last year had the strategic objective of expanding the group’s business sectors by leveraging Francesco’s considerable operating experience to develop a private equity business together,” commented Panfilo Tarantelli, founding partner and managing director of Tages Holding, who added: “The alliance with the Vam  team is the natural evolution of this strategy that will allow us to offer Italian and European companies not only financial resources, but also important skills management.

As for Mr. Trapani, the aquisition of a 15% stake in Vam  Investments is just the last of series of acquisitions made personally. Mr. Trapani bought recently  a 51% stake in icecreams’ maker Geloso. In July 2017  bought a 53% stake in Foodation srl, a casuakl dining restaurants chain. In February 2017 heinvested in Tiffany & Co. ’hedge fund Usa attogether with activist hedge fund Jana Partners, buying together a 5.1% stake in the jewlery ginat that nows has a 17 billion dollars market cap. More back in time, Mr. Trapani had invested in the internet tv and movies platform  Chili tv.

Regarding his investment activity on a personal level, Mr. Trapani explained that “there is no conflict with that of private equity that will be conducted with Tages and Vam, because the size of the investments I make in Italy and in Europe are usually smaller and may concern startups or because Tages and Vam do not invest in the US “.