Home Companies Brokers at work on the sale of Gestioni Armatoriali’s fleet after signing of a debt restructuring agreement
Crisis & RelaunchAugust 01, 2018Posted By: bebeez
Print Email 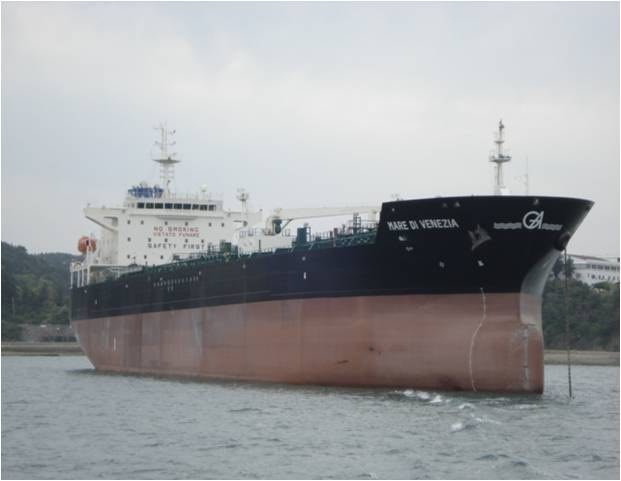 Maritime brokers are working hard these days  at the sale of the whole fleet of 12 bulk carriers vessels previously owned by Gestioni Armatoriali, a shipping company controlled by Nicola Coccia, Bruno Castaldo and the Bazzi family, in the framework of a debt restructuring agreement which has been signed a few days ago by the company and its lenders on the basis of art. 182.bis of the Italian Bankruptcy Law (Legge Fallimentare).

The signing of the agreement comes ater 6 years of talks between the company and its lending banks and it has now to be confirmed by the Ravenna Court. As far as MF Milano Finanza wrote some days ago, the agreement is based on a plan that is lowering to zero the company financial debt which is now about gross 385 million dollars or 338 million euros  (after just 39.4 million euros in revenues in 2017 and 2.4 millions in ebitda, with a net financial debt of 298.1 millions, see here an analysis by Leanus, after free registration and login), partly through cash reimbursement and above all through the sale of the fleet to subjects nominated by the lenders who are going to take the burden of the relative debts. In the meantime the company will keep on managing six of the vessels and will have a call option to buy three of the vessels  (Ray G, Mare di Venezia and Mare di Genova).

Last February Gestioni Armatoriali’s Board of Directors voted to put forward to the Ravenna Court a file for the admission to a different bankruptcy procedure (concordato preventivo con continuità aziendale, artt. 160 e 186-bis della Legge Fallimentare) on the basis of an industrial and financial restructuring plan studied by financial advisor Venice Shipping & Logistics, which included the sale of just four vessels of the fleet (the Supramax bulk carriers Lusitania G, Cyrenaica G, Pannonia G and  Dalmatia G) which were burdened by a residual debt of 121 million dollars versus Deutsche Bank  and versus Mps and other Italian banks, with Intesa Sanpaolo, Ubi  Banca and Banca Ifis among them. That filing however was not delivered to the Court as the company chose to follow a different way and finally signed the debt restructuring agreement with its lenders.

Gestioni Armatoriali had already put forward a filing for protection from creditors to the Ravbenna Court in February 2016 after  Deutsche Bank had obtained the seizure of Mare di Venezia, one of the ships that were burdened by the debt that the bank had bought from Commerzbank in November 2015  (see ahere a previous post by BeBeez).

For an analysis on potential Irr coming from equity investments in different kind of ships,
see the Vsl Shipping Equity Index made by Venice Shipping e Logistics for BeBeez
(see here a previous post by BeBeez).