Robert J. Tomei passed away. He was founder of Advance Capital sgr, an international private equity funds of funds manager 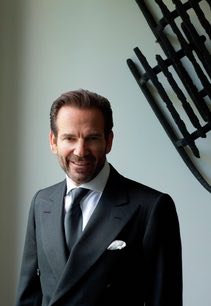 Robert J. Tomei passed away yesterday morning in New York, taken away by an ugly evil that left him no escape. So it is now to be read in the right light the real reason why he chose to sell 100% of its creature, Advanced Capital sgr, the unique Italian manager of funds of international private equity funds, to the secondary market giant Capital Dynamics just 20 days ago (see here a previous post bv BeBeez).

An Italian-American, formerly in the alternative investment assets team of Merrill Lynch International, Tomei began his career in New York in 1993 at Kidder Peabody, before moving to London with the same company. He then founded in Milan Advanced Capital sgr in 2004 and has always been its deus ex machina, although from 2013 he had been supported by ceo Robert H. Berlé.

The Italian management company today manages the funds ACII, ACIII and ACIV investing in private equity funds with a generalistic approach and two funds specialized in the sector of opportunistic real estate and traditional energy. Th company also announced for this year the launch of a new fund of international funds, along the lines of previous managed, while from the end of 2017 it is raising the new Advanced Italy fund, with a target of 200 million euros, which will invest in Italian private equity funds on both the primary and secondary markets, but also in Spac (Special purpose acquisition companies) and in club deals targeting investment in SMEs who intend to ride the new “disruptive” technologies to innovate their businesses.

Tomei used to post great attention to the application of new technologies to all types of industry and infact for years he has been selecting international private equity funds even on the basis that their managers had or not at heart this approach. In an interview with MF Milano Finanza about two years ago he said: “The world is changing faster than you think, compromising even the sectors traditionally considered more stable. Companies are forced to change and have to do that now, otherwise there will be no alternative to leaving the market. We who invest the money of our LPs must take this into consideration when we choose the international private equity fund management teams to entrust those money to”.

According to Mr. Tomei, Industry 4.0 was a concept closely linked to the survival and profitability of companies and investors that focus on them: “The extraordinary fact is that rather often big international funds do not give enough weight to these issues. They do not realize that the future is already here and that the future profitability of the companies in their portfolios will depend more and more on their ability to seize the opportunities of the digital revolution “. And Mr. Tomei concluded: “I invest today in funds that will end their investment period in 10 years.It is my duty to imagine where the world will come then, if I want to guarantee my investors of adequate returns”.

And attention, the disruptive technology also applies to the big techs, which, moreover, have often been part of  the portfolios of the funds in which Tomei has invested over the years. Just after the Facebook-Cambridge Analystics scandal, the manager had commented to MF Milano Finanza: “The impact of this scandal is something huge because it highlights the vice that underlies the business model that consists in the use of identity as a currency of exchange between the user and Facebook. At the moment it is absolutely impossible to make an assessment of the big tech or companies that have so far based their income statements on the monetization of their users’ data. There is only a downside risk. What has happened will certainly allow the emergence of new operators and social networks that will base the management of data on unbiased technologies such as blockchain.The big incumbents like Facebook, Google, Microsoft, Amazon and so on will have to deal with these new players and eventually adopt the disruptive technology themselves “.