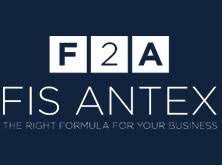 Italy’s private equity market is still quite active even in the hot Sunmmer days.

F2A, an Italian provider of services for HR and administration that belongs to private equity firm Ardian, refinanced its mid and long-term debt for making acquisitions (see here a previous post by BeBeez). F2A has sales of 53.3 million euros, ebitda of 8 million and net financial debt of 20.1 million. The company’s mid and long-term debt was of 21.9 million euros. F2A negotiated its liabilities with Banca Ifis, Cariparma, UniCredit, andBanco Bpm. Ardian acquired F2A in 2016 from Argos Soditic, the managers, and ceo Luciana Dolci, who holds a minority of the business.

Palladio Finanziaria Holding and the Pesle family acquired Evergreen Life Products, a producer of nutritional supplements (see here a previous post by BeBeez). Livio and Luigi Pesle founded ELP in 2011. The company has sales of 15 million euros and aims to list in the mid-term.

TheSpac, the Special purpose acquistion company promoted by Marco Galateri di Genola, Vitaliano Borromeo, and Giovanni Lega, listed on Aim Italia on August 2nd as expected (see here a previous post by BeBeez) after having raised 60 million of euros ahead of an initial target of 50 million  (see here a previous post by BeBeez). Galateri and Vitaliano may co-invest further 10-12 million for creating a stable base of shareholders. TheSpac listed at a price of 10 euros each six million of ordinary shares and issue 1.2 million of warrants (2 free warrants every ten subscribed shares). Those investors that will keep the shares until the implementation of the business combination will get three further warrants.

Delta Med acquired 77% of Bioengineering Laboratories, while the target’s founder Francesco Greco will keep a 23% stake and act as ceo (see here a previous post by BeBeez). Delta Med belongs to since 2015 Augens Capital, a financial firm that Marco Mantica heads, and SOF, a fund that DB Private Equity, the private equity arm of Deutsche Bank. Under the leadership of ceo Gabriele Giovanelli, the company managed to generate abroad 50% of its sales worth 25 million.

Italian infrastructure investor F2i will merge RTR Rete Rinnovabile with EF Solare Italia, the joint venture that the firm signed with Italian energy giant Enel. F2i announced that it  aims to be the sole owner of EF (see here a previous post by BeBeez).

Fondo Italiano per l’Efficienza Energetica (FIEE) invested 16 million of euros for acquiring a stake in Comat Servizi Energetici from Comat (see here a previous post by BeBeez). Comat previously spinned-off its activites in the energy management for residential buildings in COmat Servizi Energetici. FIEE raised 166 million since its launch in 2016.

Italmobiliare will buy 40% of Iseo, an Italian producer of digital and mechatronic locks, and will manage the company with the Facchinetti and Faustini families  (see here a previous post by BeBeez). The parties expect to reach a closing by fall 2018. Evaristo Facchinetti, the chairman and ceo of the company, concluded several acquisitions and led the company to generate abroad 75% of its revenues of 145 million with an above 12% ebitda margin.

London’s financial investor Attestor Capital and Deutsche Bank are soliciting the interest for the 12 bulk carriers that they reportedly took over from Italian shipping company Gestioni Armatoriali (see here a previous post by BeBeez). The latter is a shipping company controlled by Nicola Coccia, Bruno Castaldo and the Bazzi family and the sale of the vessels has to be seen in the framework of a debt restructuring agreement which has been signed a few days ago by the company and its lenders on the basis of art. 182.bis of the Italian Bankruptcy Law (Legge Fallimentare). Lenders are Deutsche Bank  (who bought Gestioni Armatoriali’s debt from Commerzbank in November 2015 and more recently debts of the company from the books of Banco di Napoli, Unicredit, Credem, Ge Capital Interbanca,  Ifis Interbanca, Banco Bpm), Morgan Stanley  (who bought debts from Monte dei Paschi di Siena) and Banca di Credito Popolare.