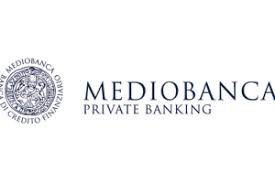 Fondo Sviluppo Pmi, managed by FVS sgr, acquired 30% of Cib Unigas a producer of components for heating systems (see here a previous post by BeBeez). Cib Unigas belongs to the Pancolini Family and Guerrino Arban, and aims to generate sales of 40 million of euros from the current 33 million.

Fondo Italiano d’Investimento sgr and HAT Orizzonte sgr acquired 69.5% of Marval, a producer of components for automotive and heavy duty machines, from Mandarin Capital Partners (27%) and the Marchiando Family that will keep a minority of the company and an operative role in the business (see here a previous post by BeBeez). Crédit Agricole,Banco Bpm, Bnl, and Mps Capital Services financed the transaction. Marval has sales of 75 million of euros and an above 20% ebitda margin. Marval has plants in Italy, UK, and China. Marval will implement a buy & build strategy.This is the first acquisition for the Fondo Innovazione e Sviluppo, managed by Fondo Italiano d’Invesitmento sgr, which has a 75% stake in the newco that bought control of Marval, while HAT Orizzonte sgr made the deal through its new Technology & Innovation fund, which is still in fundraising and targeting 100 million euros of committements.

Pasta Zara, the Italian food company of the Bragagnolo Family which in receivership and that has to issue a restructuring plan by 7 of December before Treviso Court, attracted four offers (see here a previous post by BeBeez). Enrico Marchi, the chairman of m&a and investment firm Finanziaria Internazionale said that he tabled a 30 million of euros offer for the asset together with Pillarstone Italy, and that he would eventually allow members of the Bragagnolo family to hold a minority of the company. A Spanish strategic buyer is also interest in Pasta Zara.

Gamenet Group, the listed Italian gambling company, acquired GoldBet for 273 million of euros (see here a previous post by BeBeez). Trilantic Capital Partners Europe holds 45% of Gamenet Group while Intralot Italian Investments BV has a 20% stake. GoldBet has an ebitda of 54 million euros. Gamenet financed the transaction with its own resources and a 225 million senior secured bond it issued on 10 September 2018 and due to mature in 2023.