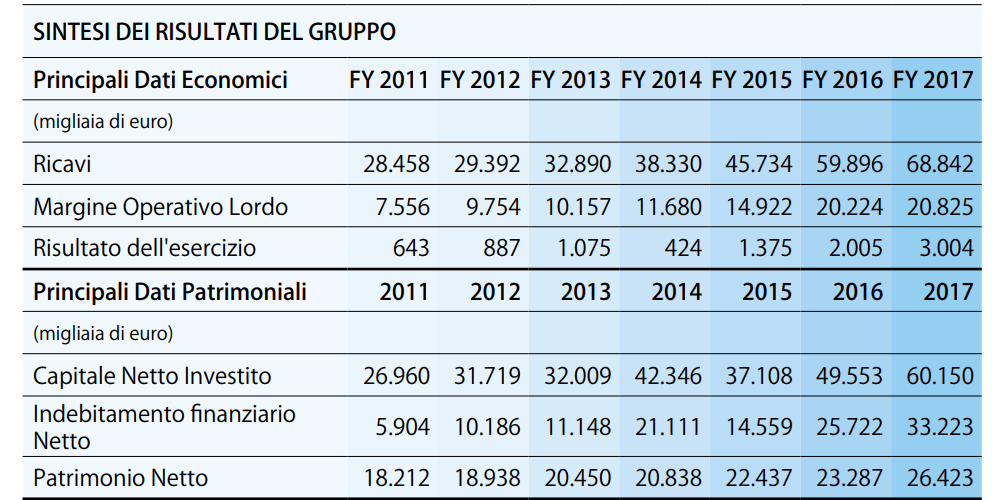 Viasat Group, the Italian provider of IOT services for the insurance sector, acquired Spain’s Detector and 60% of Portuguese Trackit Consulting (see here a previous post by BeBeez). Domenico Petrone, the ceo of Viasat, started to carry on acquisitions in 2014 with the purchase of UK Enigma Vehicle Systems, 55% of Romania’s Cefin Systems (2015), Pollish CMA Monitoring and the majority of Belgium Emixis (2016), the majority of MobileFlee, 60% of Italian Teamind Solution, and EuroGPS (Bulgaria, Macedonia, and Serbia) and French Locster (2017). This year, Viasat acquired 70% of Helian and 51% of Anthea.

Clessidra hired Rothschild to find a minority investor in Italian fashion firm Roberto Cavalli (see here a previous post by BeBeez). Roberto Cavalli’s creative director Paul Surridge and ceo Giangiacomo Ferraris are relaunching the business. Clessidra acquired Cavalli in 2014 on the ground of an enterprise value of 390 million of euros, or 16X the company’s ebitda of 2014.

Ambienta is the frontrunner in the Alantra-led auction for a stake in AromataGroup, a producer of ingredients for the industries of food and beverage, cosmetics and pharma-nutraceutics (see here aprevious post by BeBeez). The target has an enterprise value of 60 million of euros, sales of 30 million and an ebitda of 6 million. Tonio Grassmann and Hans-Udo Wenzel, are the ceo and the chairman of the company. Francesco Conte, a former manager of BC Partners, holds a minority of the business.

FPZ, an Italian industrial company, acquired Arivent Italiana, an Italian producer of industrial fans, from the Strada Family (see here a previous post by BeBeez). Ceo Sergio Ferigo is the second-generation owner of the company. In 2014, Ferigo acquired 49% of FPZ from Assietta Private Equity which previously had helped in to fund a management buyout of the company.  The company has sales in the region of 40 million of euros. Giuseppe Altieri, corporate development manager of FPZ, said that the company is interested in further acquisitions in Italy and abroad.

Iccrea, the Italian financial services company, is considering a spinoff of its electronic payments activities (see here a previous post by BeBeez). Two big competitors of Iccrea are Nexi, an electronic payments company that belongs to private equity funds Advent International, Bain Capital, and Clessidra, and Sia, an Italian provider of infrastructures for payments that belongs to Cdp Equity and Poste Italiane.

Archimede, the Spac that Andrea Battista, Gianpiero Rosmarini, and Matteo Carbone launched, will soon merge with Aim-listed Net Insurance  (see here a previous post by BeBeez). Ivass, the Italian watchdog for insurance companies, authorised Archimede to take a 30% minus one share stake in Net Insurance and merge with the company. For buying this stake in Net Insurance, Archimede will pay 9.3 million of euros and an annual rate of 9% from the 1st of January 2018, while the ratio for swapping shares is of 2,131 ordinary shares of Net insurance for one ordinary share of Archimede.

Santa Lucia Pharma Apps (SLPA), the provider of advanced services for health care that belongs to HIG Capital and Giglio Group, closed the acquisition of Eco-dex, a French provider of advanced logistic for the pharma sector (see here a previous post by BeBeez).  Siblings Sergio and Bruno Giglio founded Giglio Group. Giorgio Pavesi is the chairman of SLPA that has sales of 19.2 million of euros, an ebitda of 6.9 million, and a net financial debt of 5.4 million. In July 2015, SLPA merged with the unit of Santa Lucia in charge of biomedical engineering in view of a sale to Pantheon Group, an international provider of advanced services for health care that belongs to Permira and that was born in 2014 out of the merger of Asteral Limited and Mesa Group Holdings.