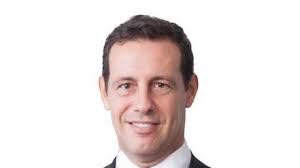 Papetti, a former Clessidra sgr’s partner, last April was one of the co-promoters of the Special purpose acquisition veichle Gabelli Value for Italy, a 110 million euros SPAC promoted by the US asset manger Gamco. Papetti will remain as a non-executive member of the SPAC’s Board (see here a previous post by BeBeez).

Alessandro Papetti will be a partner of HLD Europe and will join in Italy the senior advisor Francesco Silleni and the associate Salomé Perruchon who both already worked at the first investment by HLD Europe in italy in 2017 when the group invested in M‐Cube spa, a leader in digital communication systems inside shops (see here a previous post by BeBeez).

Together with the other HLD partners Jean-Bernard Lafonta, Jean-Philippe Hecketsweiler, Gabriel Fossorier and Jean-Hubert Vial, and together with HLD’s cfo Anne Canel, Mr. Papetti will be a member of the HLD’s Committee supervising all HLD’s activities.

HLD was founded in 2010 by Jean-Philippe Hecketsweiler, Jean-Bernard Lafonta and Philippe Donnet and is supported by well-known and successful entrepreneurs and managers suchs as Claude Bébéar (founder of the insurance group Axa), Norbert Dentressangle (founder oof the Dentressangle group), Jean‐Charles Decaux.(founder of the JC Decaux Group), Jean-Pierre Mustier (Unicredit’s ceo), Philippe Donnet (Generali insurance’ ceo), the Cathiard  family (fouders of the Swiss group Poma) and the De Agostini family. HLD Europe will offer selected Italian entrpreneurs and managers to enter its investors’ base.

Thans to its specific business model and its investors’ base, HLD is able to invest with an industrial approach without limits in time duration targeting SMEs with 50-500 million euros revenues.