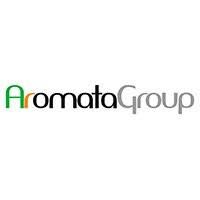 Ambienta acquired a controlling interest in AromataGroup, a producer of ingredients for the food & beverage, pharmaceutical, nutraceutical, and cosmetic sectors (See here a previous previous post by BeBeez). Tonio Grassmann and Hans-Udo Wenzel are the ceo and the chairman of Aromata, in which Francesco Conte, a former manager of BC Partners, holds a minority stake. The company’s enterprise value is in the region of 60 million euros, sales are of 30 million, and the ebitda is worth 6 million. The company aims to grow through acquisitions.

IGI Private Equity raised 100 million of euros ahead of a target of 150 million, Matteo Cirla, ceo of IGI, said during an event about fundraising and investor relations that BeBeez held in Milan (see here a previous post by BeBeez). IGI’s current Irr is above 40%. Angelo Mastrandrea and Paolo Merlano are two further partners of IGI that acquired their stake in the firm from Enrico Palandri in 2016.

Carlyle is holding talks for selling fashion firm Twinset to an Asian investor, maybe Chinese Fosun (see here a previous post by BeBeez). JPMorgan is advising the vendor. Alessandro Varisco is the ceo of Twinset. In 2012, Carlyle acquired 72% of the company from the founders Tiziano Sgarbi and Simona Barbieri and the private equity Dgpa Capital. Carlyle acquired a further 18% of Twinset from Sgarbi in July 2015.

Gimel, an Italian third-party producer of children fashionwear, sold a 70% stake to a club deal of private investors organized by ItalGlobal Partners, an investment company that Ruggero Jenna and Francesco Sala founded (see here a previous post by BeBeez). Alberto Dalena will keep his role as ceo of Gimel, that has current sales of 18 million of euros and an ebitda of 2.7 million, but it aims to generate revenues of 21 million with an ebitda of 3.2 million next year. Gimel’s enterprise value is in the region of 13 million. Jenna, Sala, and Nicola De Biase carried on the transaction.

Yarpa Investimenti raised 100 million of euros ahead of a mid-2019 target of 150 million (see here a previous post by BeBeez). Yarpa will act as a fund of funds and as a co-investor. Alessandro Lenotti, the ceo of Yarpa, said that the firm aims to build a diversified portfolio of European private equity investments with a target net invested equity of 50 million. Yarpa belongs to Vittoria Assicurazioni (27%), LBO France (10%), Banca Passadore & C, Banco Azzoaglio, and further entrepreneurs and industrial companies. Yarpa also owns YLF, a private equity investment vehicle that buys assets directly in a joint venture with LBO France.