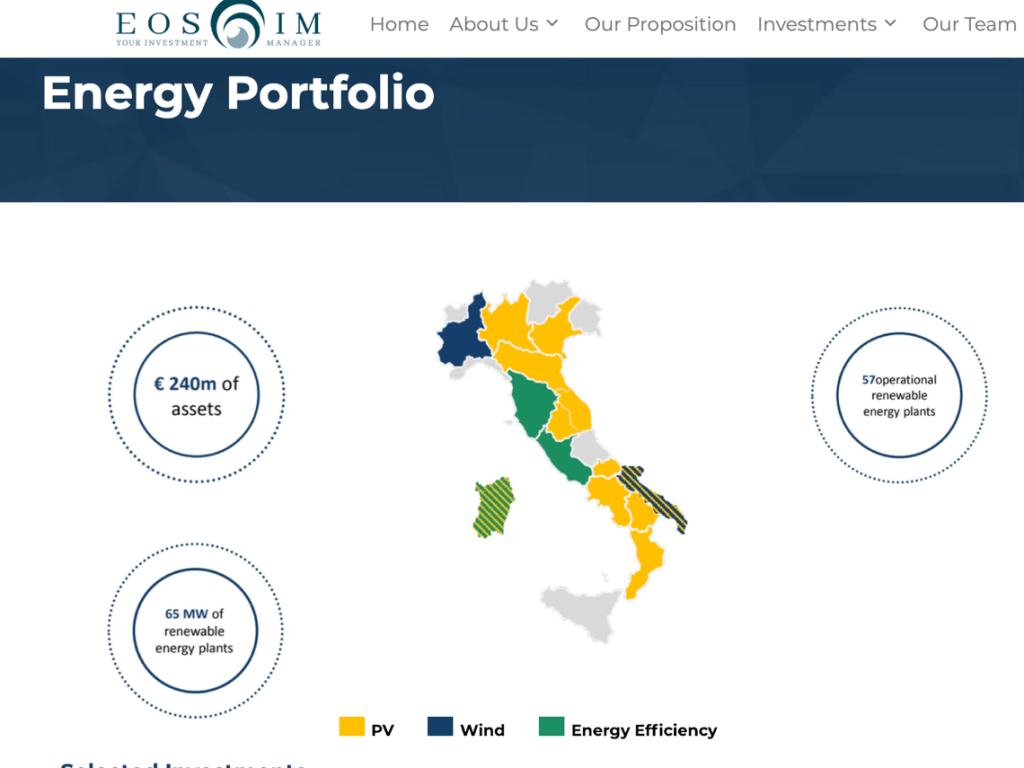 Eos Investment Management, the UK management company founded by Ciro Mongillo, has put its portfolio of investments in renewable energy for sale. It is worth around 250 million euros,  Il Sole 24 Ore reported adding that EY and the law firms Grimaldi and Orrick are advising EOS for the deal.

The portfolio on sale is the one of the Efesto 1 Energy fund, which has invested in 57 plants (photovoltaic and wind) for a total of 65 MW of power and in an energy efficiency project worth over 30 million euro that has renewed 9 Conad supermarket sales points (see here a previous post by BeBeez).

Recently the Efesto 2 Energy fund was launched with a target of 350 million euros, headed by Giuseppe La Loggia. This second fund, unlike the first, invests on renewable energy in grid parity, therefore without state incentives (see here a previous post by BeBeez). The manager, based in London, is linked to the first photovoltaic grid parity project in Italy and in Europe, that of Montaldo di Castro (Viterbo), created by La Loggia for the British investment company Octopus (see here a previous post by BeBeez).