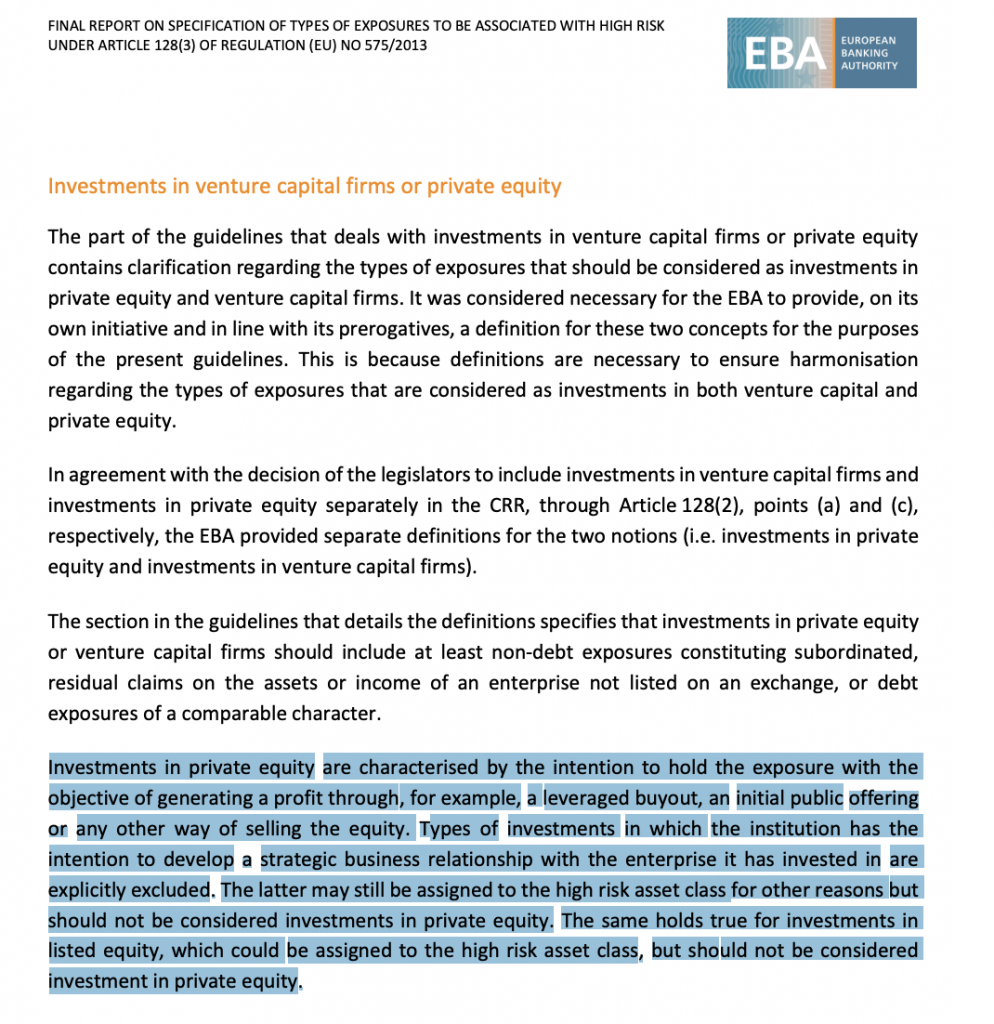 The European Banking Authority (EBA) said that banks may not rank as high-risk investments the resources they pour in those private equity and venture capital funds with which they want to establish a strategic business relation (see here a previous post by BeBeez). EBA also said that bank financing to SMEs will not be a high-risk activity for banks.

Bruno Bagnulo and Antonio Clemente are developing fintech platform HUB 5, a lending firm with a focus on the assignment of one-fifth of the salary, a special kind of consumer loan activity in Italy, together with industry peer IFE, in which Carlo Alberto Mondini holds a controlling stake (see here a previous post by BeBeez). HUB 5 platform, operated by Near Solutions, owned by Bagnuolo, Clement and Claudia Nicolo (a manger at IFE) and by IFE’s holding Pumo, will start its activity on 1 February.

H-Farm, the Aim-listed innovation platform, sold its remaining stake in Depop, a mobile marketplace for fashion and apparels that Simon Beckerman developed in 2011 (see here a previous post by BeBeez). In January 2018, H-Farm sold part of its interest in Depop as the company launched a capital increase of 20 million of US Dollars that Octopus Ventures subscribed together with funds Balderton, Creandum, HV Holtzbrinck Ventures, Red Circle Investments, and Lumar. US venture capital TempoCap acquired a stake in Depop from the target’s shareholders and H-Farm sold part of its holding in the company and achieved a 5X cash return on its initial investment. After having sold its remaining stake in Depop, H-Farm cashed in di 2.59 million euros and a capital gain of 2.5 million. Such sale meant to H-Farm a 6X return on its initial investment for total proceeds of 4.57 million and a capital gain of 3.78 million. Depop has its headquarter in London, and branches in Milan, New York, and Los Angeles.

Portobello, an Aim-listed media & advertising, subscribed the Series A fundraising of ClubDeal, the owner of ClubDealOnline.com, an equity crowdfunding platform for High Net Worth Individual (HNWI), that  Antonio Chiarello founded (see here a previous post by BeBeez). Pietro Peligra founded Portobello in 2016. Further to Portobello, ClubDealOnline belongs to Chiarello, London based Italian startup accelerator i-Starter, and to Simone Cimminelli, the managing director of i-Starter, that is in charge of the selection of the SMEs and startups for ClubDealOnline, whose chairman is Roberto Ferrari, the former coo of CheBanca! (part of Mediobanca) and chief digital and innovation officer of Mediobanca.