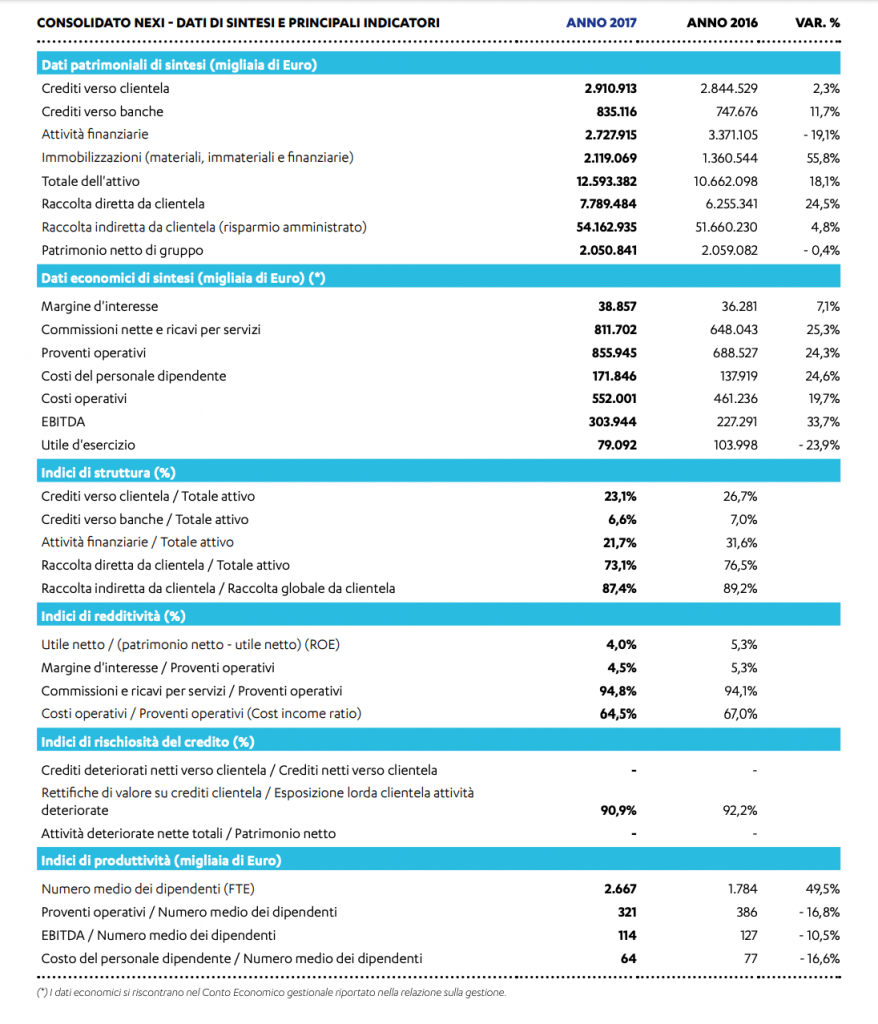 Private equity firms Advent, Bain and Clessidra have started the procedure to list Nexi, a company active in services and infrastructures for digital payments for banks. The news was anticipated a few days ago by MF-Milano Finanza  after Nexi’s cfo Bernardo Migrone had said a listing was probable in an interview with Reuters last April.

The listing, which should take place by the end of next April, is one of the most important of the year for Italy: Nexi could be valued at  7.5 billion euros. In 2017 the group had revenues of 855.9 million euros and an ebitda of 303.9 millions, with the latter at the end of 2018 estimated to grow to  500 millions (see here 2017 FY Statements). The valuation multiples, therefore, are in the order of 15x  ebitda.

The three funds are said to have appointed Evercore as financial advisor, while Banca Imi, BofA Merrill Lynch, Credit Suisse, Mediobanca and Goldman Sachs will be the banks of the ipo consortium, which could be further expanded. Banca Imi is also the sponsor of the operation. According to rumor, the joint bookrunners will be Barclays, Citi and HSBC. On Friday, January 25th, the documents relating to the listing at Nexi were forwarded and at the end of January the beauty contest was launched to define the ipo structure. A mix of both equity sale and capital increase might be chosen while it is still not clear it the offer might be focused just to institutional investors or opened to retail investors too.

Led by the ceo Paolo Bertoluzzo, Nexi in April 2018 received the go-ahead from Bankitalia and ECB for the reorganization: on the one hand, within the parent company Nexi spa, the services of securities services that require a banking license (custodian bank) and, on the other hand, Mercury Payment Services (formerly Setefi Payment Services), payment activities and group subsidiaries focused on payments. The request for reorganization was presented on January 31, 2018 (see here a previous post by BeBeez).