Italian RCS media group might pay up to 100 mln $ for compensatory and punitive damages to Blackstone. The legal battle heats up 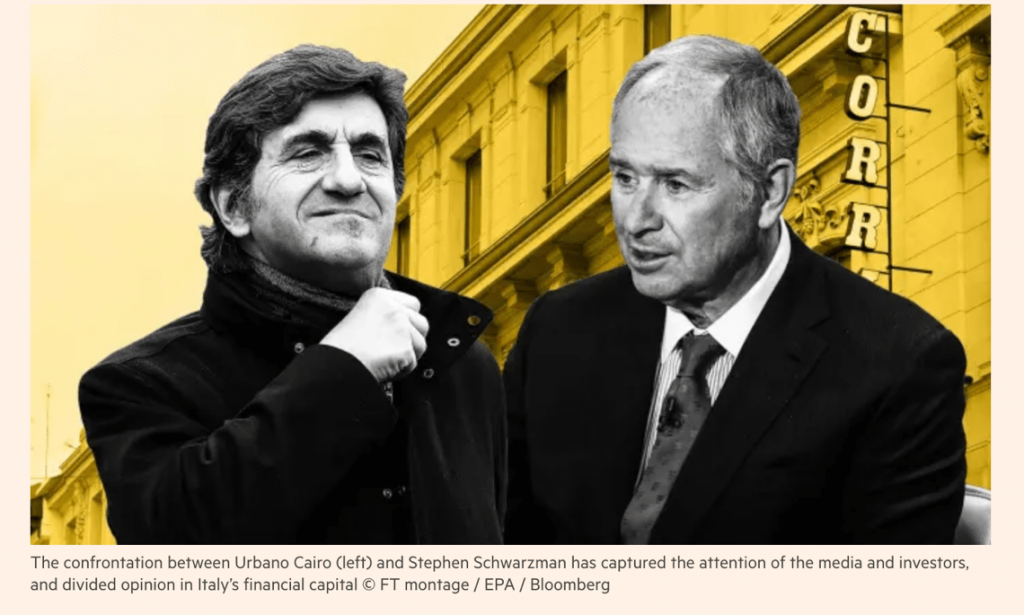 To Milan-listed media group RCS, in case of defeat, the judicial battle against Blackstone on the fate of the historic Corriere della Sera newspaper headquarter in Via Solferino in Milan might end with a fine worth up to 100 million dollars. The Financial Times yesterday wrote, confirming what the Italian press (see La Stampa) already revealed some days ago.

As it is well known, Blackstone, which at the end of 2017 reached 184.3 billion dollars in real estate assets under management, making it the largest real estate manager globally according to Inrev’s 2018 Fund Manager Survey 2018 di Inrev, Anrev e Ncreif (see here a previous post by BeBeez), was involved in a complex legal battle in connection with the purchase of the Corriere della Sera headquarters in via Solferino in Milan, which in 2013 Blackstone had bought from RCS for 120 million euro.

The acquisition was conducted through a series of funds, including the Delphine fund managed by the Italian real estate asset manager Kryalos sgr, of which Blackstone owns a 35% stake (see here a previous post by BeBeez).

Blackstone was in advanced talks since last Summer 2018 to sell the asset to the Allianz group for a price of about 250 million euro or more than double than the one paid to RCS. But in November 2018 the negotiations stopped because Urbano Cairo, the Italian media tycoon who meanwhile had taken over control of RCS (see here a previous post by BeBeez), asked the Court of Milan for an arbitration to ascertain the nullity of the deal dated 2013. Blackstone for its part has sued RCS to the Court of New York (see here the filing at the Court) and if Allianz should give up the purchase, Blackstone is ready to ask for compensatory and punitive damages even for the damage of image suffered.

As reported by La Stampa in the issue of Jan 29th, Blackstone has filed a memory of more than 30 pages in which it asks for compensation for damages of up to 100 million dollars. Threshold that could rise further, even for any reputational damage that the US fund could raise.