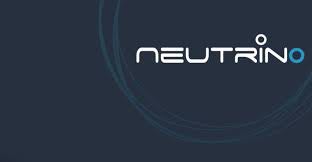 US platform for cryptocurrency trading Coinbase acquired Italian Neutrino, a provider of anti-money laundering systems for transactions on blockchains and the darknet (se here a previous post by BeBeez). The parties did not disclose the financial terms of the transaction. In 2017, French – Italian venture capital firm 360 Capital Partners injected 500k euros in Neutrino for a 30% stake of the company. Cesare Maifredi, general partner of 360 Capital Partners, said that such investment generated an astonishing return for the firm after just two years. Giancarlo Russo is the ceo of Neutrino and founded the company together with Alberto Ornaghi and Marco Valleri.

Nuvap, an Italian startup that produces systems for monitoring indoor pollution, closed a Serie A round worth 2 million of euros (see here a previous post by BeBeez). Ceo Marco Magnarosa founded the company in 2014. Nuvap has sales of 435k euros. Fabio Mondini de Focatiis is the head of Nuvap’s advisor Cross Border Growth Capital, and said to BeBeez that the Crossborder is looking to close three further fundraising rounds for Italian startups operating in the ecommerce and the food sector.

Fluida, the Italian cloud platform for HR management, closed a pre-seed round of 400k euros (see here aprevious post by BeBeez). The company will invest such proceeds in its organic development, said ceo ​Andrea Burocco, who founded Fluida with Hernán Solima and previously created Sevenlike and Kestile. Milan listed Triboo acquired these two businesses. Aldo Chiaradia is the IT director of Fluida.

Banca d’Italia authorised PranaVentures  to carry on its activity in Italy as an EuVeca Sicaf, after having acted as an investment holding since now (see here a previous post by BeBeez). PranaVenture launched a 20 million of euros venture capital fund with a focus on European startups and  will look at seed and early stage investments worth 0.1 – 1 million of euros in the sectors of AdTech, AgriTech, BioTech, CyberTech, Edutech, Fintech, InsurTech, FoodTech, GreenTech, HealthTech, RetailTech, SpaceTech, and TravelTech. Alessio Semoli is the managing partner of PranaVenture, while Alessandro Bonaccorsi is the chairman.

The chamber of commerce of Milano Monza Brianza Lodi and Innexta-Consorzio Camerale Credito e Finanza launched an initiative for facilitating Lombardy-based SMEs for accessing the equity crowdfunding channel (see here a previous post by BeBeez). The chamber of commerce has set a 100k euros plafond and will provide a voucher worth up to 5k euros to each company that will apply for launching an equity crowdfunding campaign.