Home Crisis & Relaunch Bad loans and other NPLs Cerved reaches a 1.8 bn euros market cap, in line with a potential bid by Advent International. The group is valued up to 2.3 bn euro or 11x ebitda
Private EquityMarch 08, 2019Posted By: bebeez
Print Email

Cerved reaches a 1.8 bn euros market cap, in line with a potential bid by Advent International. The group is valued up to 2.3 bn euro or 11x ebitda 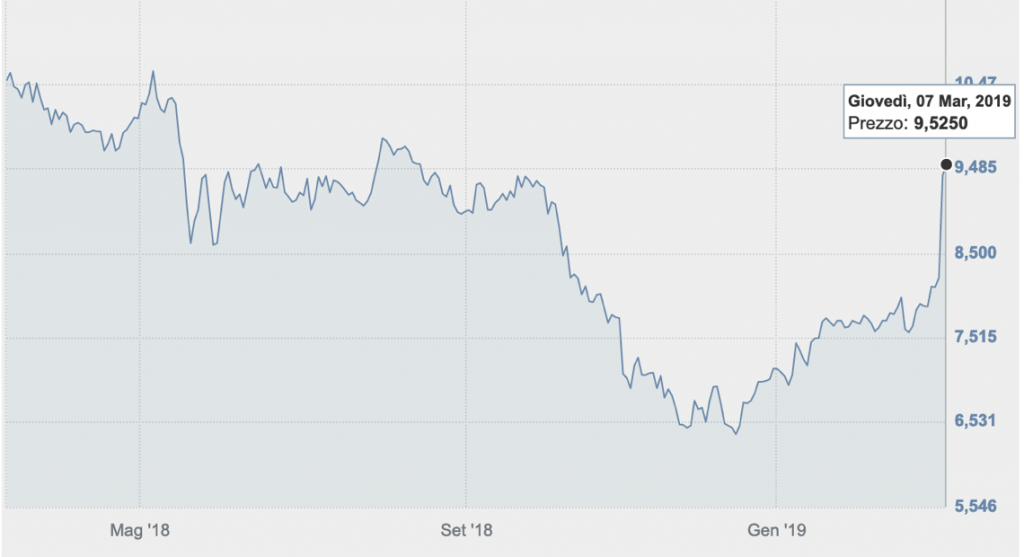 Cerved Group has now a 1.8 billion euros market cap at the Italian Stock Exchange after yesterday’s close at 9.525 euros per share, slightly higher (+ 1.33%) the closing of Wednesday 6 March, when the stok jumped by more than 10% closing at 9.4 euro per share. To push the prices  so high was the news released by Reuters that  US private equity firm Advent International is evaluating an 1.8 billion euros equity value bid for the Italian group specializing in credit risk analysis and credit management, which would then be evaluated over € 2.3 billion, including debt.

Rumors about the interest of a large investor in delisting Cerved have been recurring for weeks and in fact the stock had gradually gained ground from the lows at the beginning of December, when the prices were around 6.5 euros per share, at the lows of February 2016.

Guided by the ceo Gianandrea De Bernardis, the group ended 2018 with consolidated revenues (see here the press release and here the analysts’ presentation) up 16.1% to 458.1 million euros from 394.4 millions in 2017, above all thanks to the contribution of the Credit Management division which alone grew by 58.2% to 149.3 millions, partly due to organic growth of the business, but partly thanks to the industrial partnerships for the management of non-performing loans with Banca Popolare di Bari (see here a previous post by BeBeez) and Banca Montepaschi (see here a previous post by BeBeez). 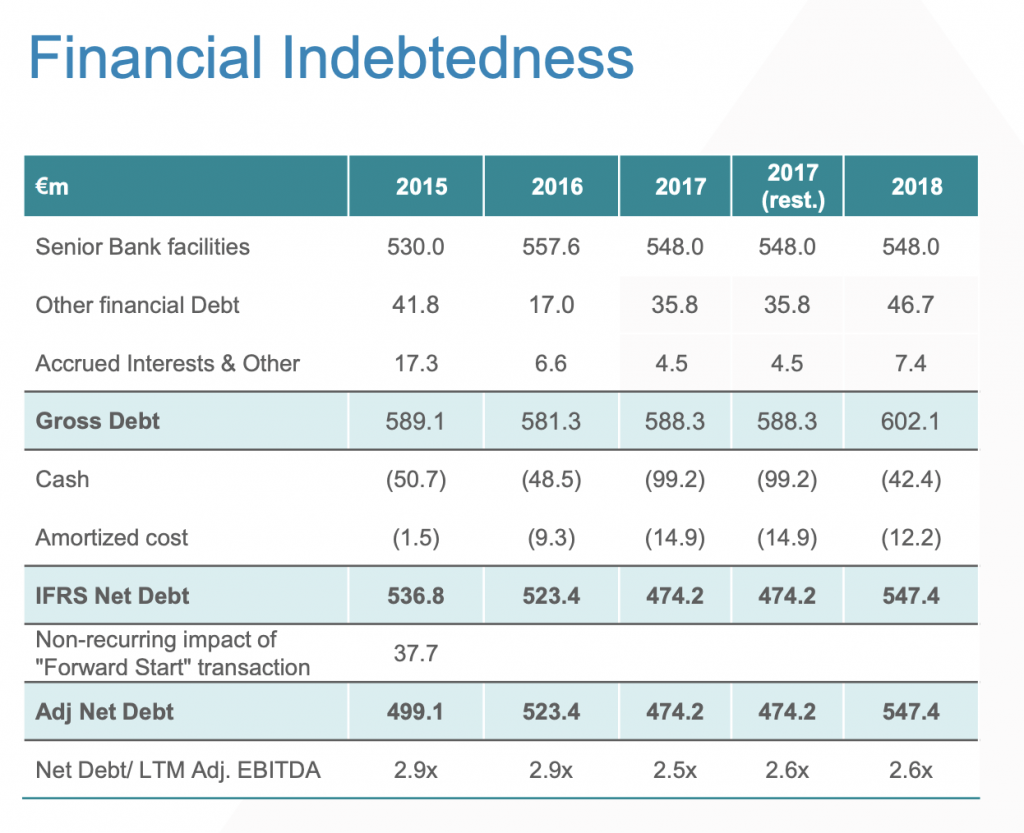 equal to 2.6 times the ebitda of the last 12 months, despite the outlays for acquisitions and for the stock buyback.

Cerved had landed at Piazza Affari in June 2014 (see here a previous post by BeBeez) at 5.1 euro per share, in the lower part of the 5-5.25 euros fork. Then the group was controlled by CVC Capital Partners, which in ipo had sold a share of 39 million shares, grossing € 198 million. In ipo the group’s equity value (before the capital increase) was valued at € 765 million for an enhancement, including debt (€ 730 million at the end of March 2014) of approximately € 1.5 billion, ie slightly less than 10 times the ebitda of 2013 (151 million).

CVC bought Cerved’s control in January 2013 (see here a previous post by BeBeez) acquiring it from its private equity colleagues Bain Capital and Clessidra on the basis of an evaluation of 1.13 billion euros, equal to a multiple of about 8 times the ebitda of 2012 which had been 143 millions.