Home Companies Advent turns back on its bid for Cerved group. No more tender offer, the group costs too much now. And the stock drops by more than 12% on the market
Private EquityMarch 12, 2019Posted By: bebeez
Print Email

Advent turns back on its bid for Cerved group. No more tender offer, the group costs too much now. And the stock drops by more than 12% on the market 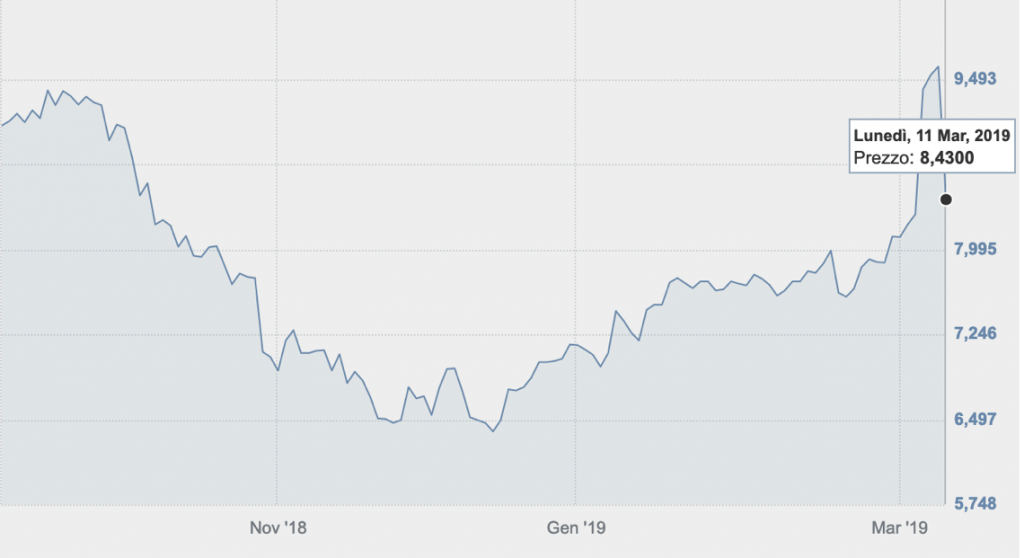 The Cerved Group stock closed down by as much as 12.19% to  8.43 euros at the Italian Stock Exchange yesterday, from the highs reached at  9.6 per share on Friday 8 March (see here a previous post by BeBeez), after which yesterday in the morning Advent International announced that it was no longer interested in launching a tender offert on the group specializing in business information and credit management, in the light of the upwards race taken by the stok over the last few weeks, which would not make the transaction convenient anymore (see here the press release).

Cerved Group has announced in detail that, in relation to the statement released on March 6, 2019, in which the group confirmed market rumors about a manifestation of interest by Advent, the group ” received a letter from Advent International Corporation reporting that its due diligence confirmed that Cerved Group spa is a company with great potential for continued growth and is managed by an excellent management team, but Advent International Corporation indicated that the fact that the market price of the title increased from 7.71 euros (closing price on 12 February 2019, the date before sending the expression of interest) to 9.60 euros (closing price on 8 March) – however the price increase took place mainly after the date of the aforementioned communication concerning market rumors – it made the outcome of the transaction uncertain and therefore Advent International Corporation has decided not to go on with the deal”.

Advent had put forward a non-binding offer for Cerved’s equity of about 1.8-1.85 billion euros , for an enterprise value of around 2.3 billion euros, but the increase in the price of the stock would have pushed Advent to pay much more for the tender offer to succeed.