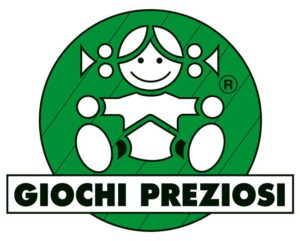 Giochi Preziosi postpones its listing on the stock market till Q4 2019, although everything is already ready for an imminent landing at Piazza Affari (see here a previous post by BeBeez). According to Il Sole 24 Ore, in fact, the company would be engaged in due diligence for the acquisition of the largest Spanish group in the toy sector, Famosa Toys sa. With this acquisition, Giochi Preziosi aims to add around 200 million euros in revenues and over 20 million euros ebitda to the perimeter. Moreover, Giochi Preziosi would be in the pipeline for the acquisition of the well-known plush maker Trudi, from the Carisma group.

Giochi Preziosi has already appointed the global coordinators Banca Imi and Banca Akros for Italy and Jefferies and Barclays for foreign investors, while Rothschild was chosen as financial advisor. The listing will be all or almost destined for institutional investors, for a float of 40-45%. The operation should also be mixed: in the majority a public sale offer, but partly also a public offer to subscribe new shares, to gather resources for growth.

Giochi Preziosi closed 2018 with approximately 500 million euros in revenues and an ebitda of 63 millions. The valuation multiples of the listed groups at international level vary in the range between 10 and 14 times the ebitda.

It is not the first time that the group has attempted to list on the stock exchange. Giochi Preziosi tried to list in 2007, but in the end it opened up the capital to private equity funds: the Ocean Global fund had bought about 40% of the capital. Enrico Preziosi came back in complete control of the toy manufacturer group in July 2017, when he had liquidated the Chinese partner by having the shares purchased by Ocean Global (about 40% of the capital) purchased directly from the toy manufacturer group (see here a previous post by BeBeez).

That operation was carried out thanks to a bridge loan from the banks, given that Enrico Preziosi had not yet collected the 105 million euros of the sale of his stake in the joint venture with Artsana, Prénatal Retail Group and related to the retail business (551 stores throughout Europe), which in 2015 had united the Toys Center, King Jouet, Prénatal and Bimbostore chains in a single large network (see here aa previous post by BeBeez). In November 2017 there was talk of a possible entry into the group’s capital by the Swiss multi-family office MFO Partners, together with the purchase of a stake in Genoa Calcio soccer team, also owned by Enrico Preziosi (see here aa previous post by BeBeez). However, then, that deal was never concluded.