Home Private Equity Hand Picked Hotels will open shop in Tuscany. This will be the first investment of the group in Italy. A 100 mln euros deal
Real EstateMarch 18, 2019Posted By: Valentina Magri
Print Email

Hand Picked Hotels will open shop in Tuscany. This will be the first investment of the group in Italy. A 100 mln euros deal 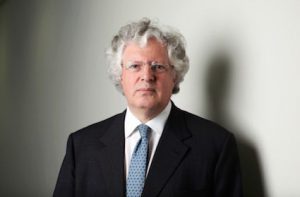 The first hotel in Italy of the Hand Picked Hotels group will be built in Tuscany. Guy Hands, the promoter of the UK-based private equity firm Terra Firma, with 4.7 billion pounds of AuM, is said to be buying an area in the province of Siena to bring the luxury hotels of the Hands Picked Hotels chain to Italy MF-Milano Finanza reported.

The financier has decided to invest up to 100 million euros for
to create the luxury hotel in Tuscany. It will be the twentieth structure
owned by the Hand Picked Hotels group, the first outside the
United Kingdom (one hotel is in Edinburgh, Scotland, two on the island of
Jersey and another in Guernsey, while all the others are in the Cheshire, Yorkshire, in South East, South West and Midland of UK).

Hand Picked Hotels was created in 2001 by a group of assets owned by Julia and Guy Hands acquired from Virgin and Arcadian portfolios two years earlier. Initially the hotels were managed by Macdonald Hotels before Hands took over the management of the company. The group continued to operate under the name Arcadian until the launch of the Hand Picked Hotels brand in October 2003. Its facilities are private country houses, mostly from the 18th and 19th centuries, with particular attention to informality and a relaxed atmosphere.