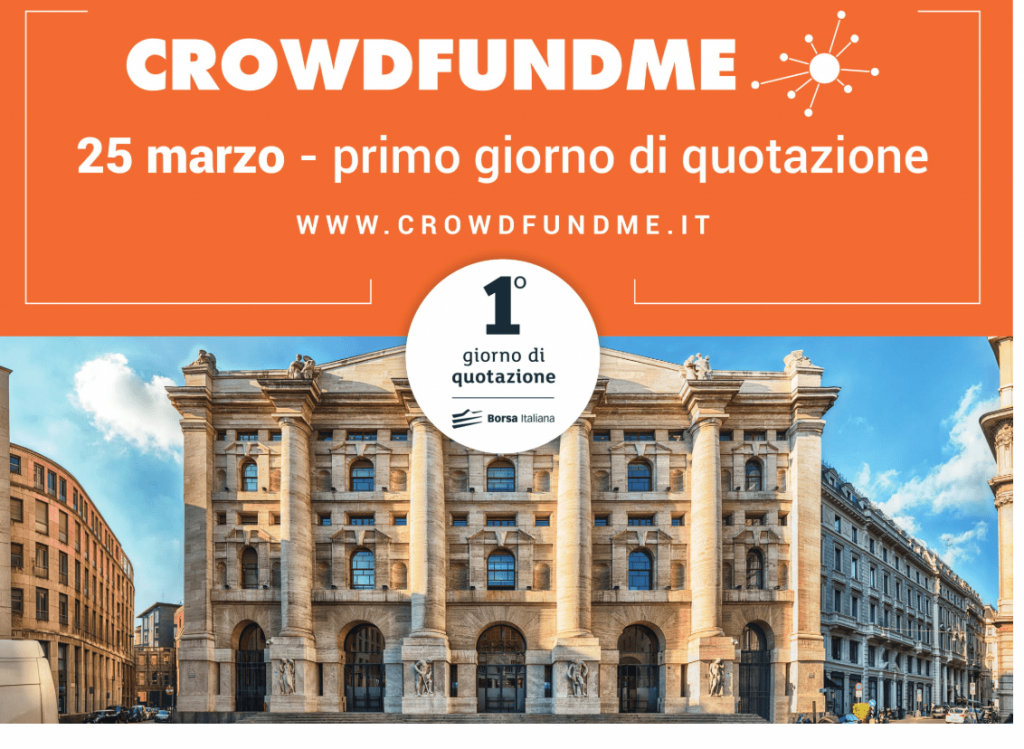 In a new so-called Growth Decree the Italian Government will insert a series of fiscal measures for economic growth and measures for the revival of private investments. This can be read in the first draft of the decree that is currently in circulation, which is limited to a scheme with a summary of the individual interventions that should accompany the Economy and Finance Document that the Government should present by April 10 (see here a previous post by BeBeez).

Giulio Centemero, an Italian MP member of the Lega party and of the Finance Commission of the Italian Parliament, said that he has put forward a proposal for a regulatory sandbox for the fintech (see here a previous post by BeBeez). Centemero was speaking on the sidelines of Lease2019, an event about leasing and rental held in Milan. A sandbox is a limited period of time for allowing fintech companies to test their business with few clients. Assofintech, the Italian association of fintech companies, said in previous statements that it would be necessary to create a sandbox for Italian innovative providers of financial services. Federico Caniato, the director of the Supply Chain Finance Observatory of Milan Polytechnic, Simone Capecchi, executive director of Crif, an Italian business intelligence company, and Vincenzo Aloe, coo of Credit Agricole Leasing Italia, agreed that the fintech sector is a big opportunity.

The Italian equity crowdfunding sector is maturing and giving birth to a solid deal flow on the secondary market, while one startup that raised money through this channel paid a dividend to its shareholders (see here a previous post by BeBeez). Municipia, part of Engineering (a portfolio company of Apax Partners and NB Renaissance), acquired Kiunsys, a spinoff of Pisa University, that in 2015 raised 505k euros on the portal StarsUp. Cesynt Advanced Solutions, who raised 250k  euros on Opstart, will distribute in dividends 50k euros, or 20% of the amount it raised, to the subscribers of the campaign. CrowdFundMe is the first Italian equity crowdfunding company that does list on Milan stock market. Tommaso Baldissera Pacchetti raised 2.8 million and the price of its shares is of 9 euros for a market capitalization of 13.3 million for a 30%publicly traded equity. Finally, US listed tech giant Apple acquired Stamplay, a software developer in cloud that carried on two equity crowdfunding campaign on British crowdfunding platform Seedrs (see here a previous post by BeBeez). Founders Nicola Mattina and Giuliano Iacobelli will keep their role in the company as Apple’s employees. The transaction is worth 5 million of euros. Kima Ventures, Pitch@Palace, Last Mile Ventures, Seedcamp, business angels Francesco Lato, Kevin Moore, Paul Mears, and Lorenzo Barbantini Scanni invested in Stamplay.

The Smart Working Observatory of Milan Polytechnic said that only 8% of the labor force falls in the category of smart workers (See here a previous post by BeBeez). However, in Milan smart workers are 44% of the total workforce. For this reason, the US provider of coworking spaces The WeCompany (fka WeWork TWC) aims to start its Italian operations with three branches in Milan. Adam Neumann is the ceo of TWC that in Italy will compete with Talent Garden and Copernico. Talent Garden just raised a 44 million euros investment round, while Copernico raised its last round in 2015 and is now ready for a next one.

Unioncamere, Innexta – Consorzio Camerale per il Credito e la Finanza and Regione Lombardia launched the LombardiaFintech Digital Index, the digital database of Italian fintech businesses (see here a previous post byBeBeez). Milan Polytechnic’s Crowdinvesting observatory headed by Giancarlo Giudici is the scientific partner of the initiative. Stefania Peveraro, the editor in chief of BeBeez, moderated the event for the presentation of LFDI. The list of attendees includes Giovanni Da Pozzo, chairman of Innexta; Cesare Meletti, manager for the economic development of Regione Lombardia; Danilo Maiocchi, coo of Innexta, Giudici, and Giuseppe Caprotti, the son of Esselunga founder. On the sidelines of the event, Peveraro shared the data of BeBeez Finctech Report  (just for BeBeez news Premium 12 months‘ readers, find out here how to subscribe to BeBeez News Premium for just 20 euros per month ).

Servizi Italia, the listed Italian provider of textile and surgical instrument for healthcare and public and private hospitals, acquired 25% of Stirapp, an Italian startup for booking laundry and ironing services  (see here a previous post by BeBeez). Servizi Italia will invest 550k euros through a capital increase of the target and will finance the deal with bank loans. Servizi Italia has also a call option due to expire in 2023 for a further 20% of Stirapp whose vendor shareholders signed a pit for the possible sale of a same-size stake in the company to Servizi Italia. Stirapp will invest the proceeds in its development. Pierantonio Guiglia andPaolo Gavazza founded Stirapp with the support of business angels Luciano Serra and Fabio Pezzotti. Axot, an IT company for the open innovation, and Filippo Fedetto also invested in Stirapp.

Green Energy Storage, an Italian startup founded in 2015 that developed a system for storing energy, closed its second equity crowdfunding campaign on Mamacrowd portal and raised more than 2 million of euros (see here a previous post by BeBeez). In August 2017, Green Energy Storage closed its first equity crowdfunding campaign on Mamacrowd and raised one million from 290 investors on the ground of a pre-money valuation of 9 million. The value of these shares increased by 43% as the pre-money value of the second campaign is of 12.9 million. The startup signed with Harvard University an exclusive partnership for developing storage systems for energy coming from renewable sources. GES also received 2 million from the Horizon 2020 programme of the European Union and 3 million from Trento Province.

From 25 March, Italian pay tv channel Sky Uno will broadcast B Heroes every day at 6:50PM from Monday to Friday (repeat every following day at 12.20PM). B Heros will describe the best Italian startups in 15 episodes that YAM112003 produced (see here a previous post by BeBeez). Silvia Candiani, ceo of Microsoft Italia; Laurent Foata, managing director of Ardian Growth; and business angel Dina Ravera will evaluate the companies. Eight startups will receive support for their acceleration stage from a pool of entrepreneurs, mentors (supercoaches) and four big corporates. Listed Italian utility A2Awill help startups in the field of Sustainable Development; IRCCS Ospedale San Raffaele (part of Gruppo San Donato) will be in charge for the category Health and wellness, Jakala for Tradition and innovation, Sketchin –Bip Group for the digital transformation. During the final episode will be on 12 April, the winner startup will receive 0.5 million euros from B Heroes.

Workinvoice, the Italian fintech cash invoice company, achieved the breakeven point after it started its activities four years ago (See here a previous post by BeBeez). Matteo Tarroni, Ettore Decio, and Fabio Bolognini started to operate the business in 2015. Italy’s business intelligence group Gruppo Crif acquired 10% of Workinvoice in September 2018 and launched CribisCash, a database of corporate payments. Tarroni said that in 2019 Workinvoice may generate a turnover of 1 billion of euros.

Venture capital fund MIP (Milano Investment Partners) is interested in shoe producer Manebì, a brand that Antonello Benati and Vera Drossopulo Bogdano founded (see here a previous post by BeBeez). Manebí has sales of over 3 million euros. Angelo Moratti is one of the investors in MIP together with the fund’s ceo Stefano Guidotti, Igor Pezzilli, and Paolo Gualdani, the head of venture capital investment at Angel Capital Management, the financial holding of Moratti.