Home Real Estate Oaktree wins the race for the 15 Italian hotels package owned by Castello sgr. Pays 300 mln euros. The US firm mulls to invest till one bn euros in Italy in the hotel sector
Real EstateApril 02, 2019Posted By: Valentina Magri
Print Email

Oaktree wins the race for the 15 Italian hotels package owned by Castello sgr. Pays 300 mln euros. The US firm mulls to invest till one bn euros in Italy in the hotel sector 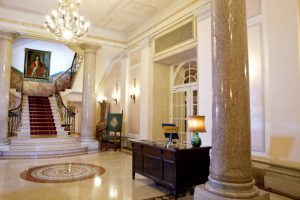 As expected, the US giant alternative asset management firm Oaktree has closed the purchase of the 15 hotels owned by the funds managed by Castello sgr. The transaction is worth 300 million euros and, according to Il Sole 24, represents the first of a series for the US firm that intends to invest in the sector in Italy a good one billion euros in locations like Capri, Taormina, Cortina, Venice, Florence, Rome and Milan. According to rumors, the first hotel in the pipeline to be bought is  now the Ambasciatori Palace Hotel in Rome, a 5-star 150-room hotel in Via Veneto, worth over 100 million euros.

Mediobanca and the Legance and Freshfield law firms were advisors for this first transaction. Oaktree has been in exclusive talks on Castello sgr’s hotels portfolio since last January, after having taken over the claims of the banks guaranteed by those assets (see here a previous post by BeBeez). The hotels portfolio includes five luxury establishments in Italy, owned by the Cosimo I Fund and the Augusto Fund. They are the Fonteverde, the Grotta Giusti and the Bagni di Pisa in Tuscany, theChia Laguna Resort in Sardinia and the Le Massif on Val d’Aosta’s mountains in Courmayeur (just opened). In 2014, the Italian asset management firm created a special division, named Italian hospitality collection, dedicated to the management of these five hotels.

The goal of Oaktree is to create the largest business and leisure hotel platform in our country, with the support of Castello sgr, which will continue to manage a new fund in which the structures acquired so far will be merged and which will be enriched by future shopping. Year 2019 is seen as very promising for investments in hotels in Italy, with estimated volumes of around 2 billion euro, CBRE predicted (see here a previous post by BeBeez).

The deal on Castello’s hotels portfolio is part of the broader framework of the reorganization of Castello sgr’s shareholders capital, which is currently controlled  by Isa-Istituto atesino di sviluppo  (79%), Itas holding (14.3%), Lo.ga-fin (3.63%) and management (2.95%). The historic partners of Castello have in fact given a mandate to Mediobanca for the definition of a new shareholder structure of the company as part of a capital increase approved in the past few months for 15 million euros, while in recent weeks Maire Investments has sold its 32 ,88% stake to Isa, with the latter who is said to be interested in remaining a minority shareholder in Castello sgr.

In addition to Oaktree, the pan-European family office Aerium and the LBO France fund are said to b interested in Castello sgr’s tender. Castello sgr manages 35 real estate funds and is responsible for around 2.3 billion euros in assets under management and over 350 properties throughout Italy. Oaktree instead manages assets for 124 billion dollars, of which 9.4 billions in the real estate sector.