NPEs, Italian banks still have 188 bn euros on theirs books while investors own other 202 bn euros 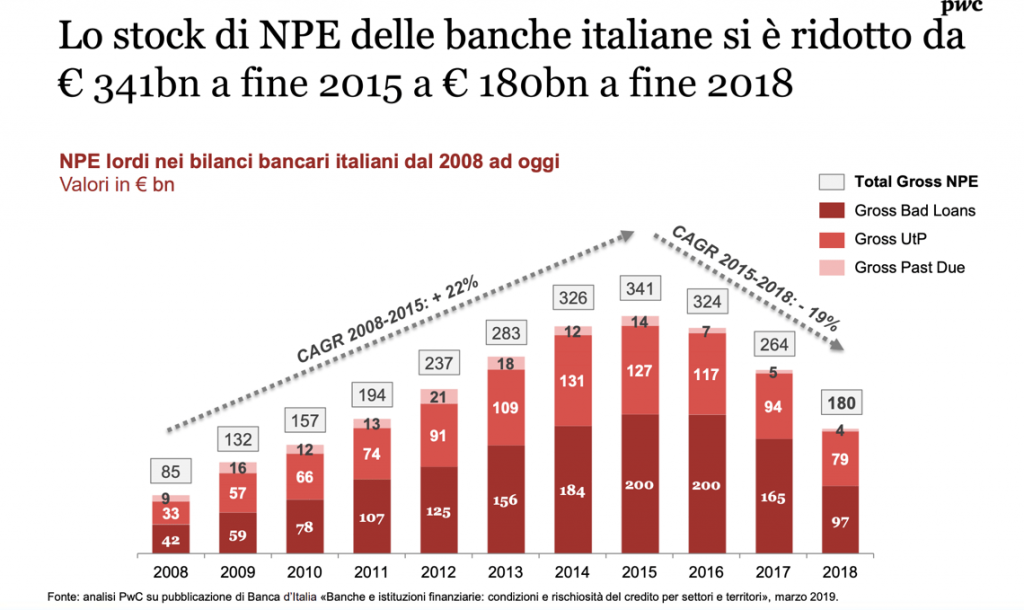 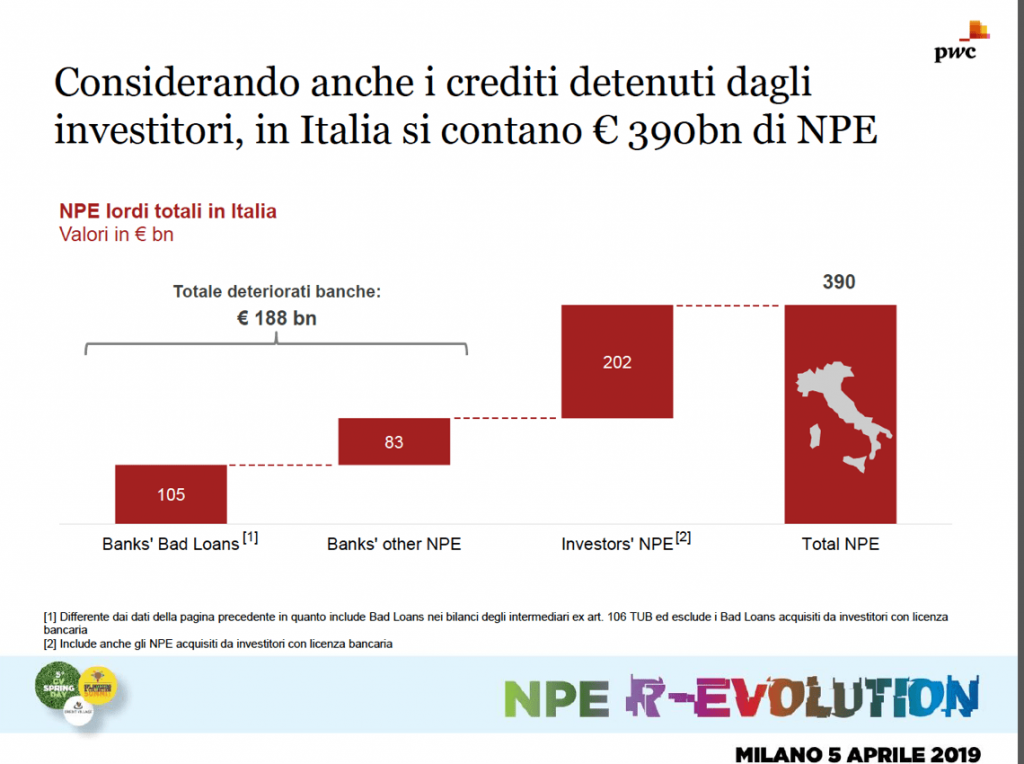 More in detail, according to PwC, to date NPEs in Italy are 390 billion euros, considering the 188 billions in the banks’ balance sheets (of which 105 billion are bad loans and 83 billions are UTPs) and the 202 billion euros in investors’ portfolios.

According to Mr. Masenza, 2019 could be a new era for the Italian NPEs market, in light of the renewal of the Italian Government guarantee (GACS), of multi-origination deals allowing less important banks to sell loan portfolios effectively, of the consolidation of the servicing market and of possible UTPs transactions.

Alessandro Biondi pointed out, instead, that the servicing market is acquiring more and more assets under management: the 10 top servicers for assets under management (AuM) have in fact passed from 121 billion euros in the first half of 2016 to 171 billions in the same period of 2018, with an average annual growth rate of 19%. The levers for the future expansion of the servicers are the expansion towards mortgage exposures, the entry into the UTPs and performing markets, growth of sub-servicing, geographical expansion, expansion of the offer and vertical integration.