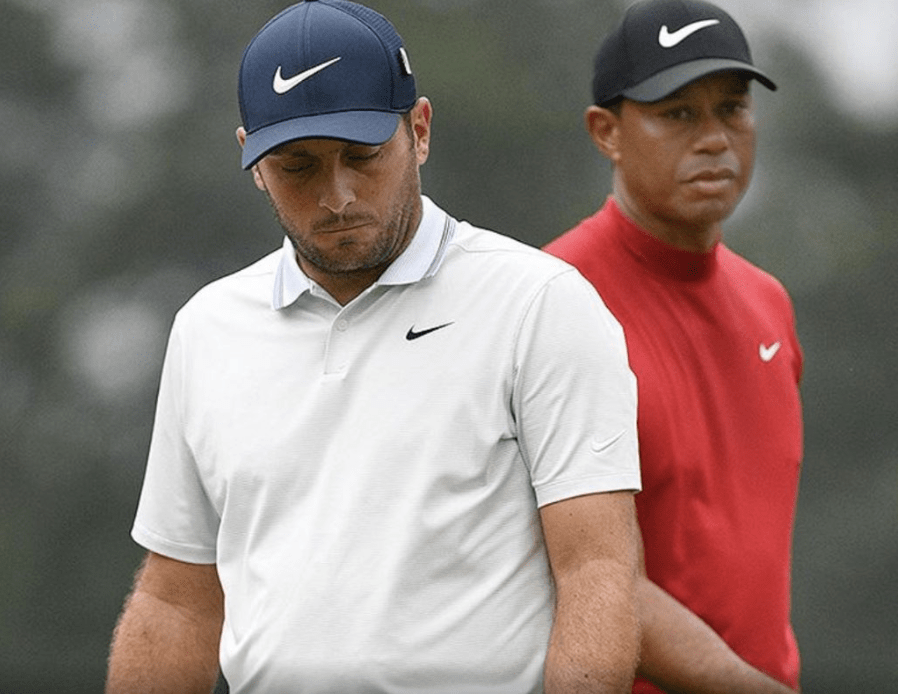 Tiger Woods won the iconic Masters Golf Tournament at Augusta National Golf Club, in Georgia in the United States tonight for the fifth time. The myth of golf, which had fallen, rose again and returned to winning. A victory that is certainly pleasing to anyone who loves golf, but that has a bitter aftertaste for the Italians, given that the Turin-born Francesco Molinari had closed the Masters third lap on Saturday 13 April as the first in the row and had faced the last lap starting the game with Woods and Tony Finau, who were behind him. Molinari did not make it, he closed as fifth, but he has shown that he has joined the elite of the greatest players in the world. Will be for another time.

The challenge has held millions of fans around the world with bated breath, because the business that golf produces has nothing to envy from the circus of soccer. For example, the latest figures available for the United States alone (those published in 2016, published a year ago by the World Golf Foundation) say that the economy is worth 84 billion dollars and that total economic output is over 191 billion (see here the WeAreGolf Report 2016). And in fact it is no coincidence that the private equity world has often focused its attention on companies in the sector or directly on the golf courses. So much so that the ceo of the PGA, the largest sports golf organization in the world, which organizes the main tournaments, is Seth Waugh, former managing partner of Silver Lake, who has nevertheless maintained the role of senior advisor to the well-known US private equity form (see the press release of his appointment here).

The last deal was the acquisition last February of the US chain of 47 golf accessory stores known for fitting services (ie almost sartorial adjustment of clubs and irons) Club Champion by Los Angeles private equity firm Levine Leichtman Capital Partners. Seller was another private equity firm, Summit Partners, which had invested in Club Campion only two years ago, and which maintained a minority stake in the company (see the press release here).

In October 2018, on the other hand, American Golf, Europe’s leading accessories and golf products distribution chain, was rescued by the private equity firm Endless, which took over the British retailer from a bankruptcy procedure (see here the press release). The acquisition involved 112 of the group’s total of 132 points of sale in the United Kingdom and Ireland. American Golf has revenues of around 140 million pounds.

In April 2018 Epiris bought The Club Company, which owns 13 golf courses in the UK and has long experience with private equity. In fact, it was Lone Star who sold it in 2014 to the Irish private equity firm Boundary Capital. The latter in turn bought The Club Company in 2006, taking it over from Legal & General Ventures, which had bought it two years earlier, delineating it from the London Stock Exchange, where it was listed in 1996 (see  here GolfInc).

In October 2017, the TaylorMade Golf Company producer of clubs and irons and various golf accessories was acquired for 425 million dollar by KPS Capital Partners. TaylorMade, based in California, was founded in 1979 by Gary Adams and was sold by Adidas, which acquired it in 1998 (see the press release here). Taylor and iron manufacturer Adams Golf and golf apparel manufacturer Ashworth also were part of TaylorMade group.

In July 2017, moreover, funds managed by Apollo launched a tender offer for 1.1 billion dollars on one of the most important golf and country clubs groups in the world, ClubCorp (see the press release here). Founded in 1957 and then listed on Wall Street (it was delisted in September 2017 at the end of the tender offer), ClubCorp manages over 200 properties, including golf and country clubs and sports clubs in the Usa, Mexico and China, for a total of over 430 thousand registered members. But for ClubCorp it was not the first round with private equity funds. In fact, KSL Capital Partners in turn had bought the group at the end of 2006 for 1.8 billion dollars and then listed it at the end of 2013 (see Reuters here).

Still on the golf course front, Arcis Golf was born in 2015, a group formed by Arcis Private Equity, after two years of shopping for fields in the Usa (see the press release here). However, there are also private equity real estate firms specializing in golf courses such as Caerus Golf Capital, which invests in fields in the US and Hawaii.

Even True Temper Sports, one of the leaders in the production and distribution of shafts (the auction part of irons and golf clubs) as well as hockey sticks, is in the portfolio of a private equity firm. The latter is Lincoln Management who bought the company in August 2012.

While in 2012 Omers Private Equity had acquired and integrated two giants of the industry, namely Golfsmith and Golf Town, creating the largest retail golf operator in the world, under the new name of Golfsmith International (see the press release here). The group active throughout North America, however, had entered a crisis due to the great competition from Wal-Mart and Amazon and was thus detected by a bankruptcy proceeding in November 2016 by Dick’s Sporting Goods for 69 million dollars.

Iinvestments that Goldman Sachs and Lone Star had made in golf courses in Japan must also be remembered. They happened following the bursting of the housing bubble in the country in the early 1990s, so that many companies in the sector had gone to the brink of bankruptcy. Goldman Sachs had bought a series of golf courses, merged them into the Accordia group, which it then listed in 2006. Goldman definitively left the group’s capital in 2011, cashing 446 million dollars in for the last stake of 44.7% still in wallet. Korean private equity firm MBK Partners then delisted Accordia at the beginning of 2017 following a takeover of 755 million dollars (see MBK’s portfolio here). Today Accordia is the first operator of golf courses in Japan, which includes 135 courses. Even Lone Star had done the same in Japan, buying courses at the time of real estate crisis, and had created the Pacific Golf Group International.

And beware, even the world of business angels is focusing on golf. Just browse the AngelList platform, which brings together the world’s leading business angels, and realize that there are 540 business angels interested in digital golf startups, which today have 95 startups in their portfolio.