Home Companies Carlyle courted to sell Golden Goose being valued about one bn euros. But the fund is asking more and maybe mulling an ipo
Private EquityApril 24, 2019Posted By: Valentina Magri
Print Email

Carlyle courted to sell Golden Goose being valued about one bn euros. But the fund is asking more and maybe mulling an ipo 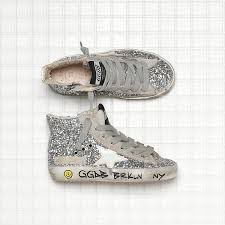 Golden Goose in name and in fact: the enterprise value of the Italian fashion luxury brand mis said to be around one billion euros. However the US private equity firm Carlyle, led in Italy by Marco De Benedetti, is said to ask more in order to sell its portfolio company which just paid the fund an extraordinary dividend of 100 million euros (see here a previous post by BeBeez).

Expressions of interest for Golden Goos had actually been put forward to Carlyle at this figure, Il Sole 24 Ore reported. Among interested parties are said to bye the American luxury giant Tapestry, which holds the brands Coach, Kate Spade and Stuart Weitzman. Mergermarket reported that some investment banks have offered Carlyle an exit from Golden Goose with a Stock Exchange listing, hoping to replicate the success of Moncler’s ipo in December 2013, which after a complete sell-out, debuted with a 47% jump (see here a previous post by BeBeez).

The company produces luxury clothing and is especially famous for its sneakers. Founded in 2000, it is based in Venice. Golden Goose Deluxe Brand is distributed worldwide through a network of exclusive multi-brand stores and franchises, along with directly managed flagship stores. The company closed 2018 with revenues of 185 million euros, an ebitda of over 50 millions and a net financial position of just under 100 millions.

Carlyle bought Golden Goose in February 2017 through its Carlyle Europe Partners IV fund on the basis of a 400 million euros equity value (see here a previous post by BeBeez). The seller was Ergon Capital Partners III fund who had led an investor pool, which also included DVR Capital, in May 2015, acquiring the company from the founders Alessandro Gallo and Francesca Rinaldo and from funds managed by Riello Investimenti sgr and Dgpa sgr (today renamed Syle Capital sgr, with the partner Roberta Benaglia who remained at the company guide). As part of the transaction, Zignago Holding spa had acquired a minority stake, with company founders who had maintained a 13% stake and the management a 3% (see here a previous post by BeBeez).