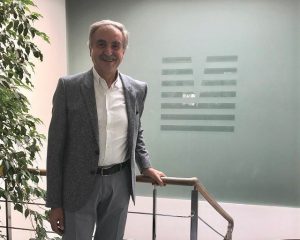 The Italian Design Brands (IDB) furniture and design pole, which took over the majority of Modar, a company specializing in the turnkey contract retail and luxury segment (see the press release here). Giovanni De Ponti, a professional and investor in the furniture and design sector, also takes part in the transaction with a minority stake. The founder of Modar, Dante Malagola, will remain a shareholder and ceo of the company. The deal was financed by Unicredit.

The advisors to the transaction were Eversheds Sutherland, Tonucci & Partners, Maisto e Associati, Merchants Square – Milanese Professionals and SCS Consulting, while Unicredit was assisted by Gattai, Minoli, Agostinelli, Partners as for the legal issues.

Founded in 1971, Modar realizes, internationally, sales points for the most famous luxury and fashion brands, assisting them from the design phase to the delivery of the project. Today the company has a headquarters in Paderno Dugnano (Milan), consisting of the project center, offices and production units for woodworking, and a branch office in Tunis, equipped to develop self-employment in the southern Mediterranean area, integrating with the headquarters for furniture production. A new site of over 7000 m2 will be inaugurated in Barlassina (Monza Brianza, close to Milan). To date, the company has 70 employees and exports over 80% of its turnover, which in 2018 was 30 million euros, compared to an ebitda of 3.2 millions and a net liquidity of 2.86 millions (see the Leanus analysis here, after free registration and login).

Led by managing director Giorgio Gobbi, Italian Design Brands was created in 2015 to promote a high-quality Italian design pole on the initiative of Private Equity Partners spa (by Fabio Sattin and Giovanni Campolo), Paolo Colonna (former chairman and ceo of Permira and associated spa), entrepreneurs Giovanni and Michele Gervasoni, supported by a selected group of high-level private investors (see here a previous post by BeBeez). Since then IDB has conducted a series of acquisitions and closed 2018 with approximately 270 employees and revenues of over 100 million euros with an export quota of 70%.