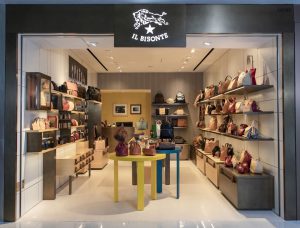 Palamon private equity firm has sold 100% of the leather accessory brand Il Bisonte to the Japanese fashion brand distributor Look Holdings. Il Bisonte changed hands for 100 million euros, equal to 3x the amount paid by Palamon when it was bought in 2015 by its Palamon European Equity III fund (see here a previous post by BeBeez). Thanks to the exit, the fund obtained an IRR of 26%. This is the first exit of the third fund of Palamon (see the press release here).
Look Holdings is a business partner of Il Bisonte, which thanks to Look has been operating in Japan since the 1980s. The company achieves 90% of its turnover abroad, particularly in Japan.Founded in 1970 by Wanny Di Filippo, current honorary president, and based in Pontassieve (Florence), the company has 400 single-brand sales outlets. The company closed 2018 with a turnover of 35 million euros (+ 30% compared to 2017) and points to 40 million for this year, after having closed 2017 with net revenues of 26.6 million euros, an ebitda of 2.15 millions and a net liquidity of 2.67 millions (see the Leanus analysis here, once registered for free).In recent years the activity of Il Bisonte has expanded in the Usa, Europe, the Middle East and both and single-brand stores have been opened in London, New York and Hong Kong, with sales points doubling from 200 to over 400 and with revenues that in turn have doubled from 20 million in 2015 to the estimated 40 million for 2019.

The objective of the brand remains to strengthen internationally, bringing its product all over the world, thanks to different sales channels. “We have invested heavily in the product and in the organization and now, with the support of Look, we are ready to further strengthen the international vocation of this beautiful and special brand,” said Sofia Ciucchi, ceo of Il Bisonte. Ciucchi, previously deputy general manager of Ferragamo, was named ceo of the company at the beginning of 2017, replacing Giuseppe Bonfiglio (formerly Bottega Veneta and Harry’s of London), who came to direct the company in June 2015 together with Palamon. From November 2018 chairman of Il Bisonte became Giacomo Santucci, with past experiences with some of the most important fashion and luxury brands, including Salvatore Ferragamo, Prada, Gucci and Dolce & Gabbana, mainly focusing on development in Asian markets and in the Usa, as well as having been senior manager of McKinsey & Co in Milan and Paris. For about ten years he has worked as a consultant for various companies in the fashion field, collaborating with the funds.