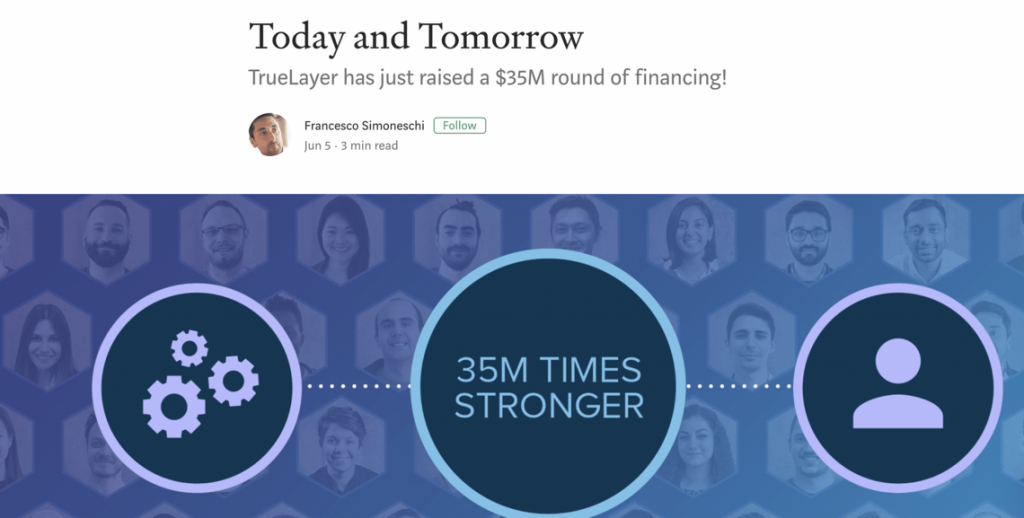 TrueLayer produces the so-called APIs (Application Programming Interfaces), that are computer interfaces that allow to develop applications and services that use data made available by the technological infrastructure of a third financial institution, typically a bank, by virtue of the provisions of the second Directive EU on payment services (PSD2), which essentially establishes the entry into the era of open banking and therefore the possibility for companies and individuals to access new information and payment services in real time on their current accounts.