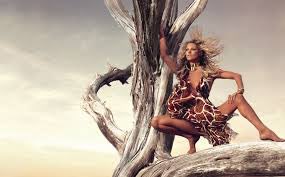 Damac Properties, Dubai real estate group, won the auction for Roberto Cavalli. The deal was approved by the Court of Milan last week and should be formalized in the coming days, MF Fashion writes.

The fashion brand should be sold to Vision Investment Co LLC, an investment vehicle of Damac Properties, which should leave in its place the current ceo of Cavalli, Gian Giacomo Ferraris. On June 14, Damac presented a binding offer to take over Roberto Cavalli, as well as the OTB of Diesel’s owner Renzo Rosso, the licensee of the Just Cavalli brand since 2011, and the US private equity investor Bluestar Alliance, specializing in luxury brands (see here a previous post by BeBeez).

Damac, which reports to Hussain Sajwani, last year announced the signing of a joint development project for a series of five extra-luxury hotels with the Cavalli brand, the first of which should open in 2023 in Dubai Marina, a $ 500 million project in ten years.

Roberto Cavalli was admitted to the blank settlement procedure last April (see here a previous post by BeBeez), with the Court of Milan that granted 120 days, until next August 3, to present a final proposal for arrangement with creditors o for the request for approval of debt restructuring agreements pursuant to art. 182-bis. Meanwhile, the brand will have to continue to conduct interventions to exit the crisis and become attractive again for an acquisition.

The first of these interventions was the closure of US operations (see here a previous post by BeBeez). The Court explicitly requested that the presented plan provide for a very high percentage of creditors’ satisfaction. The total debt to be covered to date is  105 million euros, of which about  47 millions due to banks and the rest to suppliers and other creditors. And in fact it seems that Damac has put on the plate just over 100 million euros, with the full payment of all Cavalli’s debts.

Roberto Cavalli had closed 2017 with revenues slightly down to 152.4 million euros (from 155.2 million in 2016) and a negative ebitda of 7.1 million euros, but a clear improvement compared to -26.2 millions in 2016 , and with a net loss down to 33.6 millions (from 55.2 millions). Year 2018 is said to have closed with an increase in revenues to over 160 million euros, but the operating result would have been a negative 35 millions (from -45 millions in 2017). The information memorandum circulated by the advisor Rothschild for the sale of the brand assumes a slight contraction in turnover for 2019, at 155 million euros, a negative gross operating margin of 20 million and above all an operating result that is again deteriorating to – 45 million. At the end of 2018 the group’s bank debt was around 35 million.

The maison has been controlled by Clessidra sgr since 2015, flanked with minority shares by the L-GAM fund and by the Chinese Chow Tai Fook Entreprises Ltd, a Hong Kong-based holding company controlled by the Cheng family (see here a previous post by BeBeez). The transaction was then conducted on the basis of a valuation of 380-390 million euros, for a multiple of about 16 times the 2014 ebitda, which was around 23 millions, against revenues of 210 millions. Subsequently the funds have recapitalized the company for a total of another 15 millions.