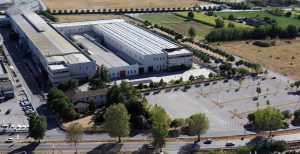 US private equity firm Hig Capital through its European subsidiary Hig Europe bought the majority of the Italian company Metalprint, one of the world’s leading manufacturers of forged brass and aluminum components (see the press release here). The sellers were the founding families Strazzari and Cerutti, who re-invested with a minority alongside Hig.

Headquartered in Calcinato (Brescia), Metalprint was founded in 1974 and has grown significantly in recent years thanks to the strong demand for forged components and the management’s constant effort to internalize and modernize the company. In particular, growth in the aluminum sector was accelerated in 2017 with the acquisition of the majority of Jebco Manufacturing, a leader in the North American market in high precision machining of aluminum components, thanks to which the company is present in Canada. Today, Metalprint generates over 85% of its turnover on foreign markets and is a reference partner for world-leading companies in the recreational vehicle, industrial valve, high-pressure cleaner, automotive and nuclear industry markets.

In 2018 Metalprint recorded consolidated sales of around 90 million euros, after having closed 2017 with revenues of 64.9 million euros, an ebitda of 3.96 millions and a net debt of 18.2 millions ( see the Leanus analysis here, after free registration and login). Raffaele Legnani, managing director of Hig Capital in Italy, added: “We are confident that we can make a decisive contribution in terms of stimulating the internationalization”.

This is the third acquisition of the year for Hig Capital in Italy, which last May through Hig Europe bought control of Cadica, Tessilgraf and Bernini, three companies active in the fashion industry in Carpi, in the province of Modena (see here a previous post by BeBeez), while Hig last April, through its Hig White Horse division, invested in the Italian drugstore chain Risparmio Casa (Ri.Ca. Distribuzione spa), supporting the Battistelli family in the capital (see here a previous post by BeBeez). Hig Capital is one of the largest private equity funds at international level, with offices in Miami and offices around the world, and assets under management of over 26 billion euros.