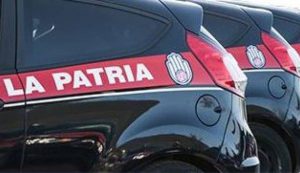 Alvarez & Marsal Capital Partners Europe signed an agreement to acquire the entire capital of La Patria, one of the leaders in Italy in technological surveillance services. Sellers are Fondo Italiano di Investimento (which is subscribed for a 44.55% stake by the Milan-listed investment vehicle NB Aurora and managed by Neuberger Berman), funds managed by PM & Partners sgr, the original industrial investors and the ceo Andrea Monti (see here the NB Aurora press release). The closing of the transaction is expected by the end of September.

A&M Capital Partners is the private equity arm of the well-known consulting company, specialized in restructuring and transformation. A&M Capital Partners, which typically invests in the mid-market companies based in North America and Western Europe, was assisted in this deal by Chiomenti and Dickson Minto for legal aspects, and for the tax aspects of LED Taxand. The sellers were assisted in the transaction by Lazard, acting as financial advisor, by Hi.lex – Avvocati Associati as legal advisor and by EY as accounting advisor.

Fondo Italiano d’Investimento and PM & Partners had co-invested in La Patria in 2012, acquiring 32.4% each. Since then, the company has concluded three acquisitions. La Patria was founded in 1950 by the Colli family. Today it is based in Bologna and has about 270 employees and over 13 thousand customers. It provides security services with high added value and an important use of technology in Emilia Romagna and Lombardy. The company closed 2018 with revenues of 30.5 million euros, an ebitda of 8.3 million and a net financial position of 5.1 million (see the Leanus analysis here, once registered for free).

The equity value of La Patria was set at around 42.4 million euros, given that in the note issued by NB Aurora states that at the closing NB Aurora will cash in  from the Italian Investment Fund for its share of the capital of La Patria (14.4%) 6.1 million euros, compared to a book value of 4.9 millions; the sale will therefore generate a capital gain of 1.2 millions in the NB Aurora coffers. This means that the enterprise value of the company underlying the transaction is around 47 million euros.

The total fair market value at December 31, 2018 of the seven remaining holdings in NB Aurora’s portfolio (excluding Forgital, for which a binding contract of sale to Carlyle was signed last May, see here a previous post by BeBeez) is approximately 58 million euros, of which 33 millions attributable to Club del Sole (of which NB Aurora acquired 40% last November, see here a previous post by BeBeez) and 25 millions pertaining to the investments held through the investment in Fondo Italiano d’Investimento.