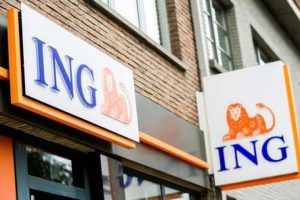 Dutch ING Bank sold to Goldman Sachs and, for a minority, to Banca Finint a portfolio of leased, performing and non-performing loans, contracts and assets, relating to 4k positions, for a gross book value of 1.6 billion of euros (see the press release here).

The transaction was carried out by securitizing the assets with a structure that provides, in addition to the assignment of the credits to an spv, the simultaneous demerger regulated by the Dutch legislation on underlying contracts and assets underlying, which have been transferred to a leasing company (LeaseCo) that will buy relationships and assets, applying the new Italian discipline of securitization contained in the so-called Decreto Crescita (Law Decree 30 April 2019, n. 34), which has made a series of changes to the Law 130/1999 on securitization, in particular in relation to of UTPs and Real Estate Owned Companies (see the BeBeez Insight View here, reserved to BeBeez News Premium subscribers, find out how to subscribe for just 20 euros per month here).

This is the second deal of this type structured by Finint for Goldman Sachs. In November 2017, the latter had purchased a portfolio of performing leasing credits from Hypo Bank made of 1,860 positions. The transaction had taken place through the securitization of the lease payments portfolio, purchased by the spv Dolomites Fund of which Securitization Services (Finint group) was master servicer  (see here a previous post by BeBeez).

It was the first deal that applied a first adjustment of the Italian Law 130/1999 on securitization that aimed to simplify the transactions with collateral real estate and mobile assets (see here a previous post by BeBeez and here the text of the Law Decree, April 24th 2017, n. 50 , coordinated with the conversion law of June 21, 2017, No. 96, article # 60-sexies).

This new deal follows the one announced a few weeks ago by Credito Fondiario on a lease portfolio of 740 million euros originated by Ubi Banca (see here a previous post by BeBeez). Also in that case the acquisition will be finalized through a spv for the securitization of the loans and a leasing company (LeaseCo) that will buy relationships and assets, applying the new discipline of securitization.