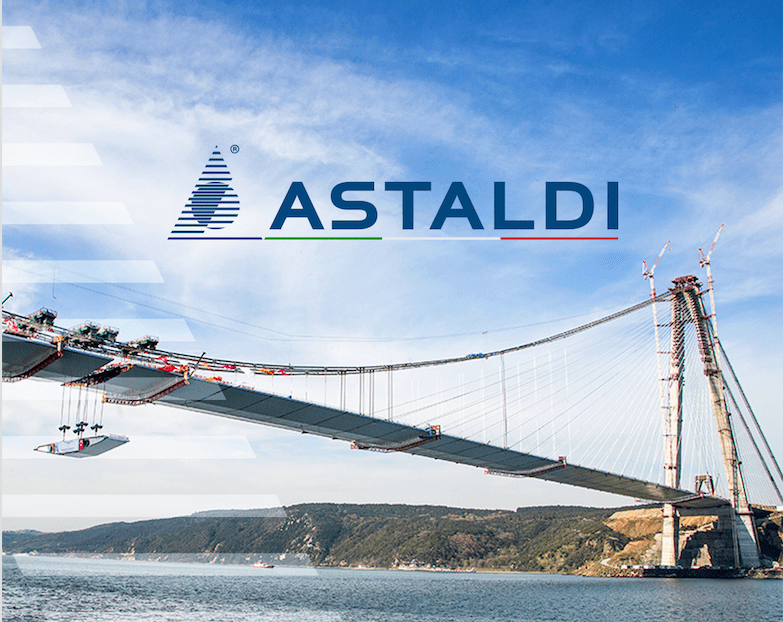 Progetto Italia, the Italian-Government sponsored project aimed at consolidating the national sector of large-scale distressed infrastructure works and buildings, has officially being launched and will see Cassa Depositi e Prestiti as its anchor investor. The basic idea is  to provide Milan-listed construction group Salini-Impregilo with the financial resources necessary to conduct the rescue and relaunch of the main companies in the sector, starting with the Astaldi group, listed on Piazza Affari too (see here a previous post by BeBeez).  Salini-Impregilo has already filed an offer for the subscription of a reserved capital increase in Astaldi for  225 million euros, but in the meantime it has in turn negotiating with investors and banks to provide itself with the necessary fire power. Salini Impregilo will cash in a capital increase of 600 million euros, as already anticipated a couple of weeks ago. In detail, the current controlling shareholder (74.69%), Salini Costruttori spa, committed 50 million, Cdp (through Cdp Equity) will invest 250 millions and the lending banks will invest a total of 150 millions, while the remaining 150 million will be offered to other institutional investors

Tikehau Capital signed an agreement to buy 23.43% of Milan-listed Assiteca through the subscription of a reserved capital increase of 25 million euros at 2.5 euros per share (see here a previous post by BeBeez). Tikehau will support the m&a plans of Assiteca, an Italian insurance broker.

Trevi Finanziaria Industriale (Trevifin), the troubled Milan- listed engineering group, ssigned all agreements needed to sell its oil&gas to Indian peer Megha Engineering & Infrastructures,  to recap the company and restructure its debt (see here a previous post by BeBeez). However, the closing of such transactions is subject to a refusal of Bologna’s Court of the appeal that the actual major shareholder, the Trevisani family, made against the current company’s managers and auditors.

Private equity Armonia and Fidim, the financial holding of the Rovati Family, signed a preliminary agreement for acquiring 48.2% of Aim-listed Italian health and beauty company BioDue (see here a previous post by BeBeez). Vanni Benedetti, Ruffo Benedetti  and Pierluigi Guasti  sold part of their stakes at 6.5 euros per share. After the closing, Armonia and Fidim aim to buy the whole BioDue and launch a public offer at 6.50 euro per share for delisting the company. BioDue has sales of 36.28 million, an ebitda of 4.56 million, and net debt of 6.31 million.

GSA (Gruppo Servizi Associati), a portfolio company of Armònia, acquired Friuli Estintori, a vendor and maintenance operator of anti-fire services (see here a previous post by BeBeez). Armònia has 68.5% of GSA since January 2018. GSA has sales of 78 million euros, and an ebitda of 13 million. Friuli Estintori has a turnover of 5 million.

Venice Court gave back to Industries Sportswear Company (ISC) the Italian fashion brands Henry Cotton’s and Marina Yachting (see here a previous post by BeBeez). ISC took back the brands from India’s Emerisque and now will sell them for paying back its liabilities.

Private equity Progressio acquired a minority of lemmon and lime juice producer Polenghi Food from the eponymous family (see here a previous post by BeBeez). Progressio recently announced the closing of its 250 million euros fundraising. Progressio is one of the investors that BeBeez Private Data monitors. Find out here how to subscribe to the Combo Version that includes the reports and the insight views of BeBeez News Premium 12 months.

IGI Private Equity acquired Test Industry, an Italian producer of products for industrial tests (see here a previous post by BeBeez). Equilybra (whi was already a shareholder) and GMN coinvested, while Credit Agricole and BPER Banca acted as lenders. Test Industry has sales of 30 million euros. IGI and Eraldo Bianchessi will have 42% of Test Industry, while Equilybra and GMN will own 18% and 23%. The remaining stake will belong to current shareholders of the company that reinvested the proceeds of the sale. Angelo Mastrandrea, a partner of IGI, will be the company’s chairman, while Daniel Spezzaballi and Roberto Malfagia will act as ceos.

York Capital Management will invest in the debt restructuring of Italian hotel chain Russotti in view of acquiring 40% of the troubled asset  (see here a previous post by BeBeez). York acquired 144 million of the company’s debt and may become a company shareholder with an investment of 130 million euros.

P2P lending platform for European SMEs PrestaCap (fka iBondis) will be bought by DEPObank, a depository bank that was born in July 2018 out of a spinoff from Nexi (see here a previous post byBeBeez). DEPOBank signed an agreement with PrestaCap for the acquisition of Cara Services, the owner of the lending platform. In 2018 PrestaCap issued loans amounting to 33.5 million euros to Italian companies (BeBeez News Premium subscribers can read the Report BeBeez Private Debt and Direct Lending 2018 and Report BeBeez Private Debt and Direct Lending for 1H19, find out here how to subscribe for just 20 euros per month).

Hudl, an US company for the analysis of sport performance, acquired Italy’s Wyscout, a provider of scouting and recruiting services for football clubs (see here a previous post by BeBeez). Simone Falzetti, Matteo Campodonico, and Piermaria Saltamacchia founded Wyscout in 2004.

Men cosmetics company Proraso is of interest to Hong Kong private equity Nuo Capital, who belongs to the Pao Cheng Family, and that Tommaso Paoli heads (see here a previous post by BeBeez). Proraso could be worth 150 million euros and hired Milan-based advisor Gca Altium, an international boutique investment bank that Carlo Dawan heads and of which Alessandro Soprano is a director, for finding potential investors. Proraso has sales of 60 million, an ebitda of 13.17 million, and net profits of 9.6 million. The company’s banking debts are worth 6 million.

NB Renaissance Partners (NBRP) acquired 70% of Rino Mastrotto Group, an Italian industrial tannery company, from the Mastrotto family, who will hold a relevant stake in the business (see here a previous post by BeBeez). Rino Mastrotto will keep his chairman role, while his son Matteo will be the company’s ceo and his daughter Barbara the head of the automotive division. The company previously held exclusive talks twith Alpha Private Equity in consortium with NB Renaaissance that didn’t go through . Rino Mastrotto has sales of 320 million euros, an ebitda of 45 million, and net financial debt of 42.4 million.

CVC Capital Partners acquired 50% of Multiversity, the holding of Danilo Iervolino who owns e-universities Pegaso and Mercatorum (see here a previous post by BeBeez). Iervolino will keep 50% of the company as well as its role of chairman and ceo. The asset attracted the interest also of Blackstone,HIG, Palamon, and Providence. Sources said to BeBeez that the asset’s enterprise value is of above 1 billion euros. Multiversity has sales of 70 million and an ebitda of 40 million.

Banca Imi, Intesa Sanpaolo, Unicredit, and Banco Bpm provided Giochi Preziosi with a 250 million euros worth loan for the acquisition of Famosa Toys (See here a previous post by BeBeez). Sun Capital Partners sold Spain’s Famosa, who generates a turnover of 200 million with an ebitda in the region of 20 million. The asset’s enterprise value is of 150-200 million. Giochi Preziosi has sales in the region of 500 million, with an ebitda of 63 million.