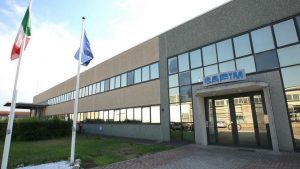 Ambienta II private equity fund sold Safim spa, a manufacturer of hydraulic and electro-hydraulic braking systems on heavy vehicles in agriculture, construction and logistics, to the US company DexKo Global Inc. Safim’s management, led by ceo Pietro Santoro, and the founding family Mamei will continue to be both involved in the company (see here the Ambienta press release and here DexKo’s). The Ambienta II fund had taken control of Safim in July 2017 (see here a previous post by BeBeez).

Ambienta has been assisted, as advisor, by Lincoln International (m & a), EY (financial and fiscal aspects) and LMS Studio Legale (legal aspects).

DexKo is a world leader in the production of motorized frames, chassis and other components engineered for trailers and is controlled by KPS Capital Partners. The group has experienced significant growth both organically and through acquisitions. It has revenues of over 1.5 billion dollars and, thanks to the acquisition of Safim, will enter the market of hydraulic and off-highway components.

Founded in the 1970s by Eronne Mamei, actual chairman, and based in Modena, in one of the world’s most prestigious mechanical engineering districts in Italy, Safim has gradually established itself as one of the leading suppliers of valves and brake pumps. and other critical components that maximize safety and energy efficiency in the operation of hydraulic circuits on heavy vehicles. Today the company counts among its customers all the main world producers of vehicles for agriculture, construction, logistics. In addition, it has branches in Europe, North America and Asia. In 2018 it reduced carbon dioxide emissions by around 8,000 tons, thanks to its systems for reducing energy losses in off-highway vehicles.

Safim closed FY 2018 with 51 million euros in net revenues, 12.5 million in ebitda and net liquidity of 17.4 million (see the Leanus analysis, after registering for free).

Ambienta sgr is the largest European private equity operator focused on sustainability, with offices in Milan, Düsseldorf and London. Last August, the Ambienta III fund, managed by Ambienta sgr, took over the control of Amutec srl , a company active in the field of welding machines, studied and designed in an environmental and sustainable way (see here a previous post by BeBeez). Last February, he announced the entry into the management team of 7 new professionals in Europe, including 3 in Germany (see here a previous post by BeBeez). In light of this, Nino Tronchetti Provera, founder and managing partner of Ambienta sgr, told BeBeez last week on the sidelines of a conference on private capital, that he hopes to close some deals in Germany by the end of the year. However, as of today it has no deal ready to sign. Ambienta closed the collection of its third fund at 625 million euros in May 2018 (see here a previous post by BeBeez).

Ambienta sgr is one of the private capital investors monitored by BeBeez Private Data
(find out here how to subscribe to the Combo version, which includes BeBeez News Premium for only 110 euros a month)